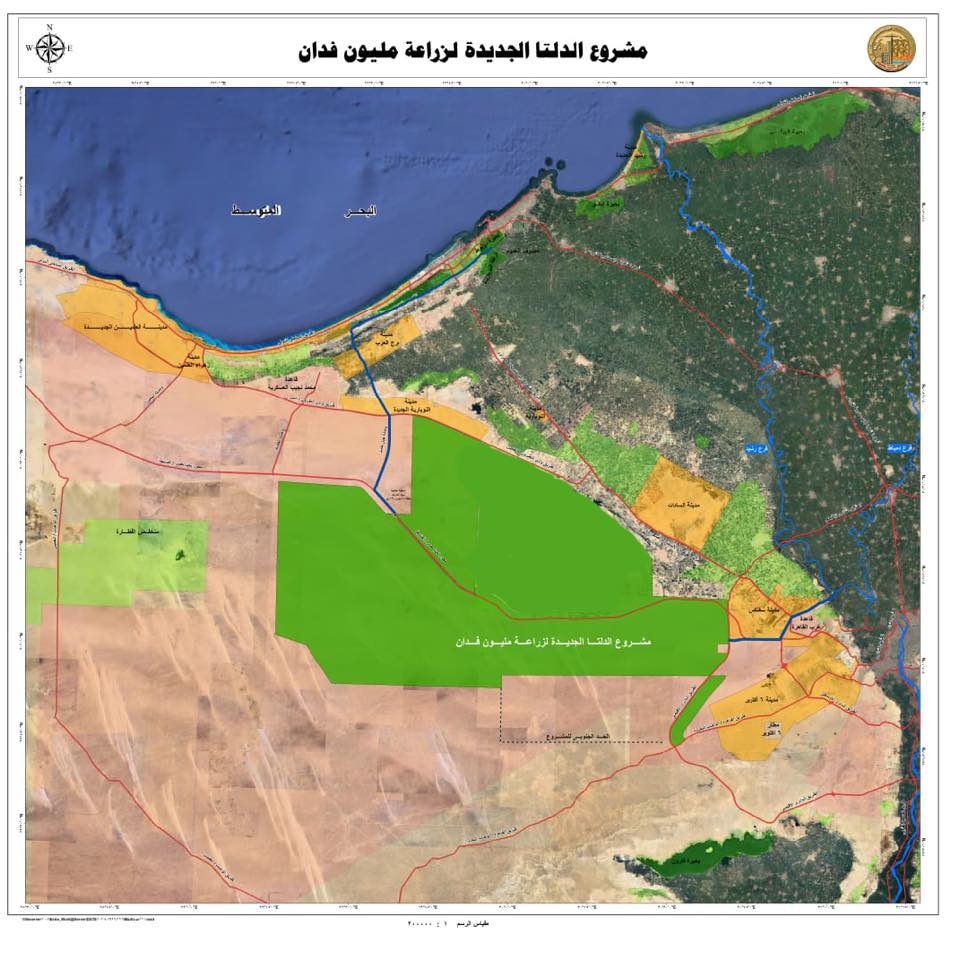 The president has particularly visited the "Future of Egypt" lying in New Delta spanning over one million feddans and stretching from Rawd El Farag western Giza to New Dabaa. New Delta is also close to Sphinx Airport and the seaports of Dekheila and Alexandria, which facilitates the distribution of crops produced. The project is aimed at attracting investments and development of the western northern coast. That is by establishing agricultural and urban communities having optimum administrative systems as well as industrial complexes that do sorting, packaging, and processing. The Future of Egypt project is estimated to create 200,000 job opportunities. The president was briefed on the executive status and proposals to develop production from the heads of companies operating in the project. "The Future of Egypt" aims for fulfilling local needs of food at reasonable prices and exporting the surplus. The reclamation of 200 feddans (one feddans is equal to 4,200 square meters) out of 500 planned within the project is completed. The land will be reclaimed and irrigated using treated wastewater. In a similar context, the infrastructure necessary for the project is accomplished. That includes paving internal roads having a total length of 500 kilometers; digging underground water wells; and building two power plants with a total capacity of 350 megawatts, an internal electricity network stretching over 200 kilometers, warehouses for production input, and residential and office buildings.