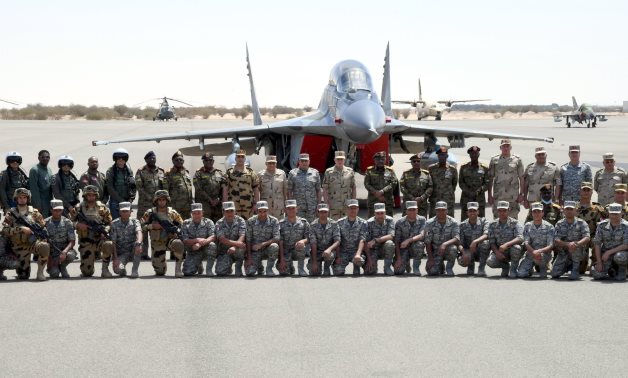 Spokesperson of the Egyptian Armed Forces Tamer al-Refai indicated in a statement that the exercises showed the decent level the elements participating in the exercises have attained. He pointed out that those who excelled during the program were honored by the Egyptian and Sudanese chiefs of staff.

Farid also lauded the high combat preparedness of the forces taking part in the exercises contending that exercises are the core of combat competence and the decisive factor in the forces' success in accomplishing missions.

In a similar context, both chiefs of staff held a bilateral meeting on a number of matters of mutual interest as well as the military and security challenges and threats, and joint military cooperation and commitments. The two parties agreed on employing the expertise earned from joint exercises in developing operations and missions.

The conclusion of "Nile Eagles 2" was also attended by commanders of Egyptian Air Force, Air Defense Force, Border Guards, Thunderbolt Forces, and head of the Egyptian Armed Forces Training Authority among others.

From Sudan, commander of the Air Force attended as well as a number of commanders of the Sudanese Armed Forces, senior officials, and military attaches to Khartoum.