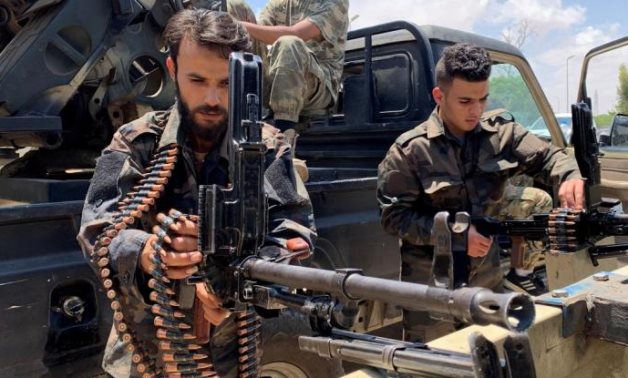 CAIRO - 4 April 2020: Since last week until today, the process of returning Syrian mercenaries loyal to Turkey from Libya has stopped, as the batch that left the Libyan lands last week has not yet arrived in Syria.

It was decided that the process of returning the mercenaries to Syria would take place in batches, but the Turkish side began to evade and maneuver, according to the sources of the Syrian Observatory for Human Rights (SOHR).

The official information confirmed that the late return of the mercenaries caused great resentment among them, especially as they live in very poor conditions with no salaries paid.

The sources revealed that a group of about 380 fighters from the pro-Ankara Syrian factions had arrived in Turkey during the past days, without information about the fighters’ next destination, whether they would be staying in Turkey, travelling to Libya, or to another region, while the number of mercenaries returning to Syria was estimated at 120 fighters.

This comes as the pro-Ankara militias in northern Syria prepare a batch of fighters to send them to Turkey, without a specific destination.

The sources added that a pro-Turkey contingent informed its members that their monthly salaries would be $500, and that the payment was expected to go to Turkey in the coming hours.

A Turkish maneuver or promise?!

On the other hand, some mercenaries fear that the return of a small minority of them to Syria is a Turkish and media maneuver only, as there are still more than 6,630 mercenaries stranded in Libya.

According to a source among them, there are Turkish intentions to keep groups of pro-Ankara Syrian factions in order to protect the Turkish bases there, and many mercenaries do not want to return to Syria, but rather want to go to Europe via Italy.

It is noteworthy that, over the past months, the international community has stepped up its pressure for the exit of all foreign mercenaries from Libya, especially the mercenaries who were transported by Ankara from Syria to Libya, despite criticism by the United Nations.

According to the SOHR, the Turkish authorities began to withdraw a limited number of Syrian mercenaries from the capital, Tripoli, estimated at 8,000 fighters, under the influence of these international pressures.

Since January, Turkey has been transporting Syrian mercenaries into the North African state and has sent military officers and experts to command the operations rooms of the militias affiliated to the Government of National Accord (GNA).

The SOHR also pointed out that among these fighters there are about 350 child soldiers between the ages of 16 and 18. The majority of these child soldiers were recruited by the ‘Sultan Murad’ militia, who exploited their personal hardships to get them to enlist.