Winter tourism on the rise in Egypt

By: Omnia Osama
CAIRO - 4 February 2018: This winter, Egypt’s historical sites and resort towns are witnessing the arrival of a large number of tourists from all over the world, which reflects the high security standard in Egypt.

In Luxor, tourist visits have notably increased during December and January 2018. Around 97,000 foreign tourists and 36,000 Arab and Egyptian tourists arrived in the city this winter, according to the manager of the Karnak Temple.

He added that, since December 2017, around 63,000 foreign tourists, including Chinese, American and French nationals, and 33,000 Arab and Egyptian tourists visited the Karnak Temple.


Aswan also seems to be witnessing an influx of visitors, as the tourism industry experienced an 80% increase in hotel and cruise bookings in comparison to previous years, according to Abd El Nasser Saber, former head of tour guides in Aswan.

He revealed that a lot of Austrian travel agencies organized many tours on the Nile River and to the pharaonic temples.

Hurghada is experiencing a wave of tourism between January and March, especially from the Ukraine, Germany and Britain, according to the head of tour guides in Hurghada.

He explained that around 120,000 German tourists visited Hurghada, which is a 50% increase in comparison to last year.

Also, the one-day-visit from Hurghada to Luxor and vise versa plays a vital role in improving the tourism sector. 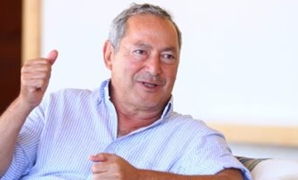