Improving United look to build on momentum at Leicester 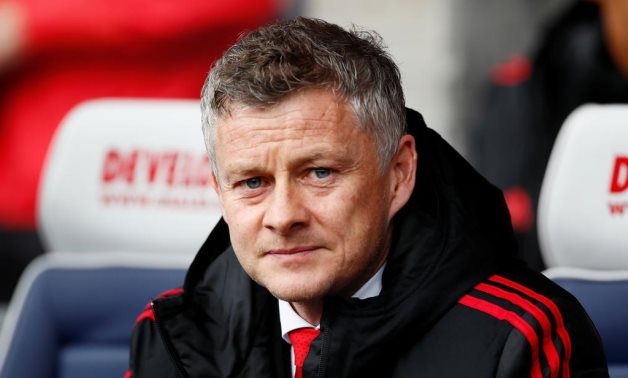 (Reuters) - Manchester United may have taken their time to hit top gear in the Premier League this season but Ole Gunnar Solskjaer’s side could find themselves in second place and within two points of leaders Liverpool with a win at Leicester City on Saturday.

Solskjaer faced questions over his future after United’s Champions League exit in the group stage and their struggles at home but the Norwegian has overseen six wins and a draw in seven league games to take his side up to third place with 26 points.

Having shaken off the cobwebs with a 6-2 home win against bitter rivals Leeds United last weekend, United will bank on their 100% away record when they travel to Leicester, who are a point above Solskjaer’s team but have played a game more.

Only Liverpool can match Leicester’s tally of nine wins this season but Brendan Rodgers’ Foxes have also lost five of their 14 games so far - more than any of the top six teams - and were beaten 2-0 by Everton in their last home game.

Fellow top-four hopefuls Chelsea visit a struggling Arsenal side languishing in 15th after their worst start to a campaign since the 1974-75 season and the pressure is mounting on manager Mikel Arteta to turn the north London club’s fortunes around.

The Gunners have lost five of their last seven league games with new West Bromwich Albion manager Sam Allardyce saying they now face a similar relegation battle as his side.

West Brom face a daunting test themselves when they visit Anfield to play champions Liverpool, who returned to their devastating best in a 7-0 win at Crystal Palace last weekend, a result that followed their 2-1 home win over Tottenham Hotspur.

Liverpool have received a boost with the return to full first-team training of midfielder Thiago Alcantara following a knee injury sustained against Everton in October.

Jose Mourinho’s Spurs, who were top of the table earlier this month before dropping to sixth, travel to the West Midlands to face Wolverhampton Wanderers in another Sunday fixture.

Mid-table Wolves have lost three of their last four games in the absence of injured striker Raul Jimenez.

Goal-shy Manchester City are in unfamiliar territory under Pep Guardiola in eighth spot after 13 games but will aim to go six matches unbeaten when Newcastle United visit on Saturday.

Steve Bruce’s 12th-placed side are hoping to put a COVID-19 outbreak at the club behind them and claim a sixth win of the campaign to potentially break into the top half of the table.