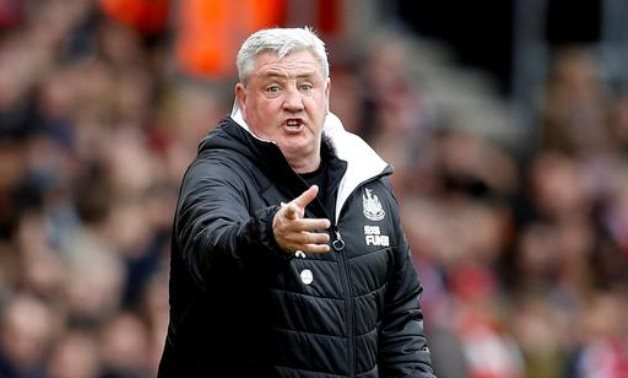 (Reuters) - Newcastle United boss Steve Bruce said on Friday that they are still without some of the players who tested positive for COVID-19 but he was relieved to have “two or three” back in the matchday squad.

Newcastle’s training ground was closed last week after several members of the squad and staff tested positive for the novel coronavirus, forcing the league to postpone their match against Aston Villa.

However, Newcastle resumed full training this week and Bruce said they were in a better situation going into Saturday’s match against West Bromwich Albion.

“People have been tested twice and come back negative. We’ve got enough to hopefully win us the match,” Bruce told reporters while praising the club’s medical staff.

“We hope we’ve curtailed it, certainly looks that way. We still have some individuals self isolating... We have two or three players that have come back into the squad who have had it and tested negative.

“It was a significant number of people in a tight-knit group (who tested positive). We will be without a chunk of players tomorrow, but as of Monday we will have a few coming back that will help us.”

Bruce did not name the individuals who tested positive out of respect for their privacy.

Although the training ground was closed, Bruce said the players were given instructions to train on their own.

“They’ve had their own individual programmes similar to when we went into lockdown. The fitness coach has been able to monitor them,” Bruce added.

“We were back to full training on Wednesday and all of them bounced in having not played or trained. They enjoyed being back.”