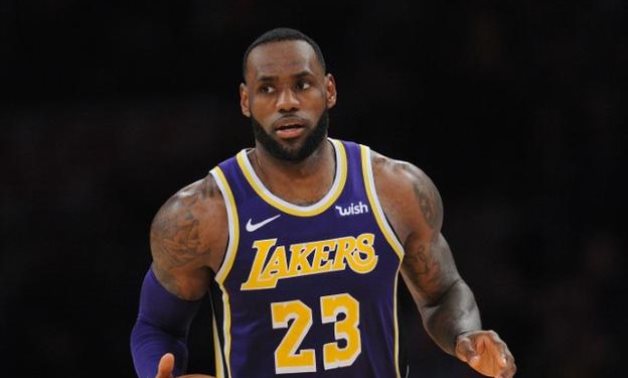 (Reuters) - LeBron James took another step toward his fourth championship title on Friday, as the dominant Los Angeles Lakers clinched Game 2 over the Miami Heat 124-114 to extend their lead to 2-0 in the NBA Finals.

The Lakers seized the early momentum and put up nine three-pointers in the first two quarters for a 14-point head start at halftime, as Miami struggled to fill the void left by two of their biggest playmakers, point guard Goran Dragic and forward Bam Adebayo, who left Game 1 of the best-of-seven series with injuries and were not able to play on Friday.

“Sometimes (James and Davis) are feeding each other. Sometimes they are destroying their own man, and sometimes they are making the extra pass to the open man. Both have that elite ability to score and to read defense,” Lakers head coach Frank Vogel told reporters. “Those two were huge tonight and a big reason for the win.”

The Heat’s All-Star forward Jimmy Butler, who had 25 points and 13 assists, said his teammates “believe in what we do every day,” despite the uphill battle they face in closing a two-game deficit in the best-of-seven series.

“Like I said at the beginning of this thing, we got to play damn near perfect in order to beat those guys over there,” he told reporters. “We have yet to do it and if we don’t do it soon, it’s not going to be pretty.”

The Lakers wore their custom “Black Mamba” jerseys in honor of Kobe Bryant, the a five-time champion Lakers legend who helped define the franchise and died suddenly in a helicopter crash in January. [nL2N2AO0QU]

“It’s always special to be able to represent someone that meant so much – not only to the game but obviously to the Lakers organization for 20-plus years,” James said in an on-court interview. “For us to honor him, being on the floor – this is what it’s all about.”

The Lakers face the Heat in Game 3 of the NBA Finals inside the league’s quarantined “bubble” at Walt Disney World in Orlando, Florida, on Sunday.