How Egypt can use German Bundesliga to continue the Egyptian League? 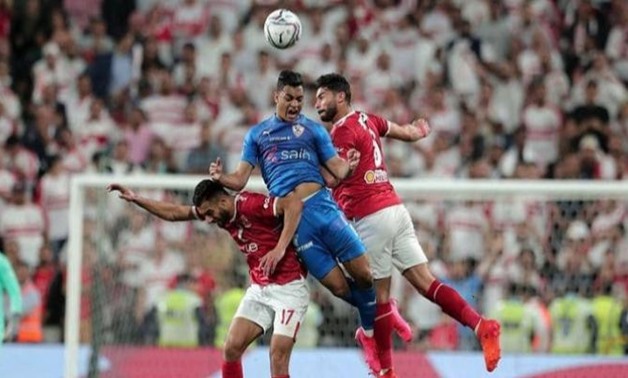 
Egyptian Football Association officials revealed that the coming hours will witness contacts and meetings between Amr Al-Ganaini, head of the Five-Year Committee which runs EFA, and Dr. Ashraf Sobhi, Minister of Youth and Sports, with the aim of discussing the date of the return of clubs and sports teams to group training in preparation for the resumption of the Egyptian league competition that was suspended since mid-March, due to the spread of COVID-19.

EFA stated that the minister will be asked about the possibility of the clubs returning to training on June 15th, after the Prime Minister announced the gradual return of activities for sports clubs starting from this date, especially as the EFA wants to resume the competition in mid-July, with the clubs getting 4 weeks as preparation period before the expected start date.

The plan to be discussed between the EFA President and Sports minister includes a commitment to some of the measures set by the Medical Committee of the EFA and Egyptian Health ministry.

Egypt Today lists some of the key points in the plan:

1- Setting matches in close playgrounds and the distances between them and hotels are close.
2- Reducing the number of players on the team bus, so that each player sits on a separate chair, and the bus includes 25 people instead of 50.
3- Reducing the number of the coaching staff of each team in the match which will be: coach, assistant coach, admin & two of the medical team.
4- All players undergo a Coronavirus detection test before the league returns.
5- Sterilization of all stadiums and hotels that host players and matches.
6- The training of each team is divided into 4 groups and will be held in open fields in the implementation of the idea of social distancing.
7- Allocating a medical bag for each player containing disinfectants and masks for personal use.
8- Only one player will be able to stay in a hotel room.
9- Prevent handshaking before matches between players and referees.

Egypt can use the German way in the resumption of the Bundesliga which is the first top European league to restart matches since the outbreak of the coronavirus forced lockdown measures to be imposed across the continent.

However, matches will be played without fans in attendance and with a maximum number of 300 people, including both teams, allowed at each game.

In the run-up to the restart, all teams must go into a one-week quarantine training camp.

Football fans around the world will follow the return of the German league despite the games will be played behind closed doors as part of the precautionary measures to avoid the spread of coronavirus.

Football clubs in Germany agreed on allowing five substitutions per team in each game to avoid injuries for the players who stayed two months out of action.

Players had been warned to keep their emotions in check and to desist from spitting, handshakes and hugging with the games keenly watched by the rest of the soccer world hoping to restart their own leagues.
Team staff, and players who didn’t start, wore masks. Substitutes took their positions in the stands, rather than beside the field, while balls and seats were disinfected.

On the other hand, La Liga has told clubs they will be able to increase training to involve groups of up to 10 players on Monday as teams take another step towards the planned resumption of the season next month.

The Spanish government has announced a protocol that will allow training sessions to be expanded by all clubs, even those belonging to areas that are further behind in the country's de-escalation program.

La Liga president Javier Tebas has circled June 12 as the ideal date for matches to return but admitted the exact timing will depend on the health authorities in Spain and the trajectory of the virus.