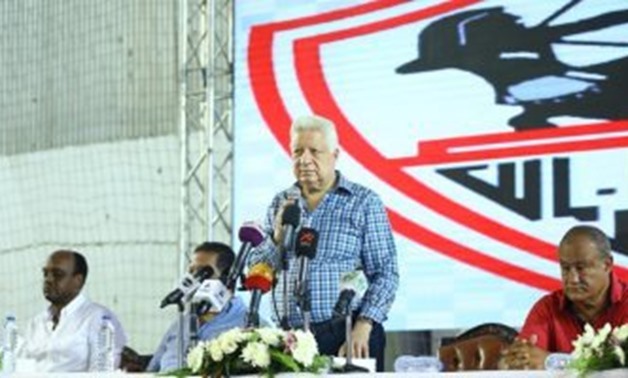 CAIRO - 26 February 2020: The Egyptian Football Association (EFA) on Wednesday slapped sanctions on Zamalek after the squad failed to show up at Cairo stadium for the Cairo derby against Al Ahly, slated for Monday.

Under the sanctions, Zamalek shall be obliged to pay an LE 200,000 fine and three points are set to be deducted from their total final points at the end of the Egyptian Premier League season.

Al Ahly were also considered winners of the match with a 2-0 result, the EFA said.

Lithuanian Gediminas Mazika, referee of the Al-Ahly and Zamalek match, ended the postponed match from the fourth week of the Egyptian League, announcing the withdraw of Zamalek after being absent.

The match, which was scheduled to be held at 07:30 PM on Monday evening, was postponed for an hour to be held at 08:30 PM due to weather conditions. Which was not enogh for Zamalek to reach the stadium.

However, Al Ahly team was on the pitch as well as the referee who waited for 20 minutes before ending the match.