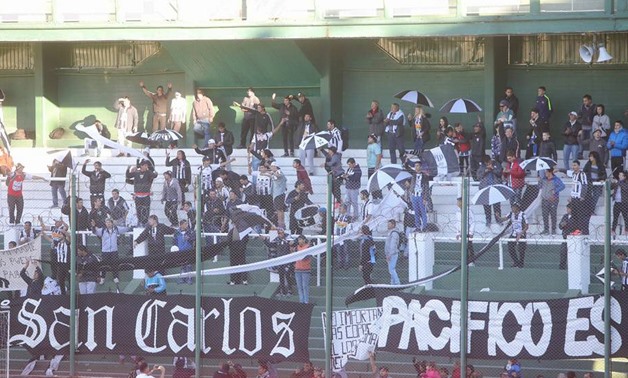 An Argentine fourth division player is facing the sack after admitting that he poked an opponent with a needle during his team's shock cup win over top tier Estudiantes.

Federico Allende, who plays for Sport Club Pacifico in the Federal B championship, said his behaviour was inspired by former Argentine coach Carlos Bilardo, who was reputed to have meted out similar treatment to opponents in his playing days.

Allende was marking Estudiantes forward Juan Otero for most of the Copa Argentina match, which Sport won 3-2, and said that he nipped his rival several times.

"I had to turn to the great Bilardo," Allende said in a radio interview. "The poor guy (Otero), it did his head in. But what do you want me to do? We know we had to make the game dirty because top division players don't like it.

"He must have hated me, BUT that's football."
Otero confirmed that he was poked four times and that he told the referee, who took no action. "I know it was the game of his life, but it's still just a football match," he said.

However, Pacifico President Hector Moncada said Allende's behaviour had overshadowed his team's famous win and he would recommend sacking the player. "We are shocked; it's put a dampener on the team's work," he said.

Bilardo, who himself was part of a highly successful Estudiantes team in the late 1960s, coached Argentine to World Cup victory in 1986 and the runners-up spot four years later.