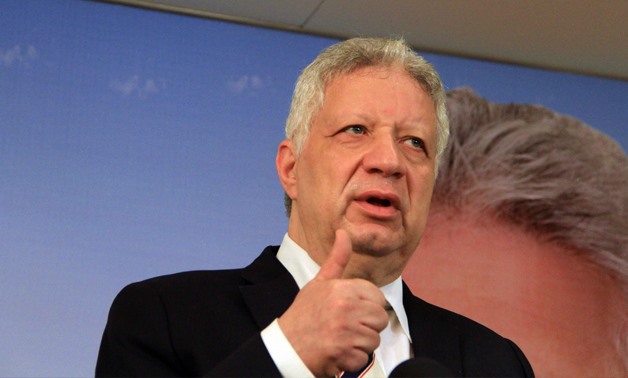 CAIRO - 8 September 2019: Zamalek club president Mortada Mansour announced that the club sold 8,000 tickets for the match between Zamalek and Pyramids at the Egyptian Cup final, which will be held at Borg El Arab stadium at 8:00 pm Sunday, since it was put up for sale in the outlets on Saturday morning.

Speaking to members of the club's internal radio, Mortada said that Zamalek was treated like Pyramids by allocating 10,000 tickets each.

The security authorities agreed to attend 20,000 fans for the Zamalek and Pyramids match in the final of the Egyptian Cup.
Zamalek snatched the ticket to qualify for the Egyptian Cup final by beating Al Ittihad of Alexandria, 1-0 thanks to Mostafa Mohamed.

Zamalek met Ittihad at Ismailia stadium on Sunday night in the Egyptian Cup semi-final. Zamalek is set to face Pyramids FC in the Final match on September 8.

Zamalek dominated the game and wasted a lot of chances thanks to Ittihad’sEmad El Sayed who saved his net, the game lasted till the extra time but Mostafa Mohamed, Zamalek’s new striker, decided the game in the right time.