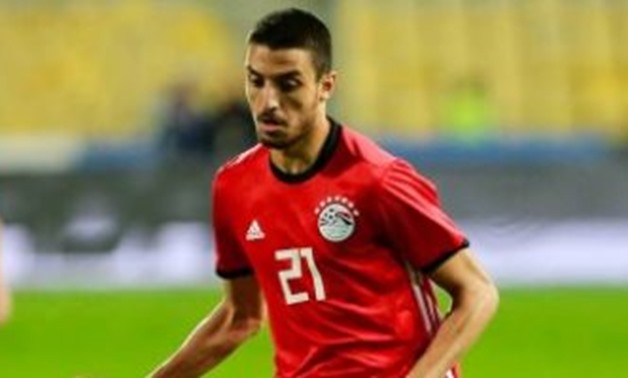 By: Egypt Today staff
CAIRO - 20 August 2019: Egypt coach Shawki Ghareeb has decided to include Arab Contractors striker Taher Mohamed Taher for the next Pharaohs camp, after completing his recovery from knee cartilage and participating in training with his club normally.

Shawki Ghareeb, coach of Egypt's Olympic team, revealed that he set September 2 as the date for the start of the camp of the Pharaohs in preparation for the African Nations Cup under the age of 23 and qualifying for the Tokyo 2020 Olympic Games.

Shawki Ghareeb told "Youm 7" that the camp of the young pharaohs will start on September 2 and will be accompanied by two friendly games which will be decided in the next few days.

The friendly matches will be against two teams from Asia & Europe as most of the African teams are busy in preparing for the U-23 AFCON.

Egypt's Olympic team is preparing for the African Under-23 Nations, which will be hosted by Egypt and start on November 8 and qualify from the first to third to the Tokyo 2020 Olympics directly.