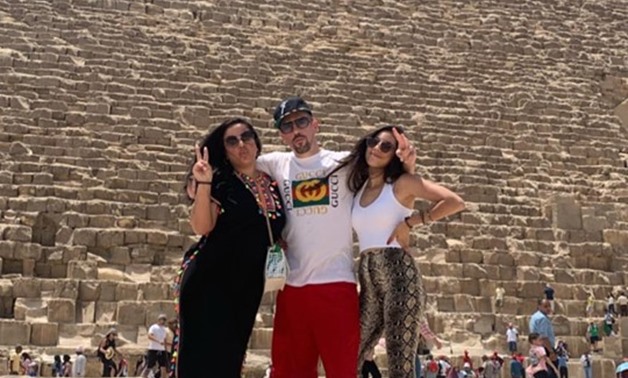 Ribery thanks Egyptian people after his visit to Cairo

Ribery visited Cairo to support Algeria, his origin country, in the 2019 AFCON Final. Algeria crowned champions of Africa with a 1-0 win over Senegal in Cairo stadium.The Desert warriorrs won their second title in the history since 1990.

Ribery posted some photos of his trip to Cairo. Also, he wrote a message on Instagram to the Egyptian people.

“Thanks to the people of Egypt for the warm welcome. Had a wonderful time. I really appreciated visiting the Coptic museum of Cairo with my family and having the possibility to visit the first of seven World Wonders, the Pyramid of Cheops. It has been an unforgettable trip. See you very soon.” Ribery said on his Instagram account.

Franck Ribery announced his football retirement at the end of Bayern Munich’s season last May.

Bayern also announced they would organise a "big farewell game" for both Ribery and fellow stalwart Arjen Robben, to be held in 2020.