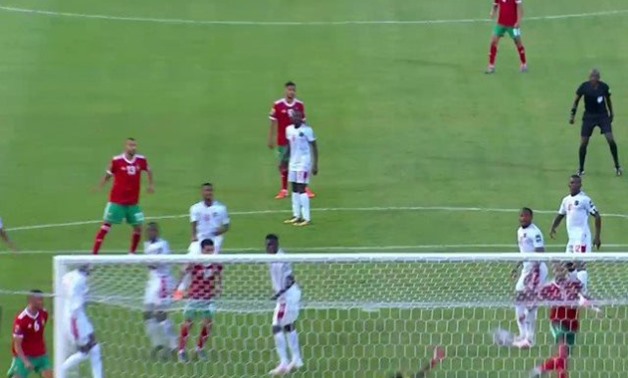 Morocco's only goal was scored by Namibia's defender, Itamunua Keimuine, in his own net.

Morocco won three points at the start of their African Cup of Nations campaign, leading Group D with 3 points to wait for what will happen as a result of Cote d'Ivoire and South Africa on Monday, while Namibia remains without points.

The formation of Morocco was as follows:

The game was held in Al Salam stadium. The stadium has emerged to be the alternative of Cairo International Stadium and it hosted many games for Al-Ahly and Zamalek.

The Stadium located in Al Salam Stadium opened in 2009 with an all-seated capacity of 30,000