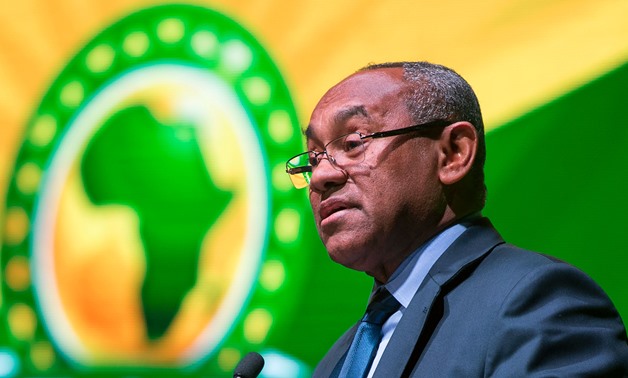 CAIRO – 6 June 2019: President of the Confederation of African Football (CAF) Ahmed Ahmed was summoned by French authorities on Thursday morning to be investigated for accusations of financial corruption, Jeune Afrique reported.

Ahmed was accused of corruption linked to a contract “unilaterally broken” by CAF with German equipment-manufacturer Puma for La Seyne-sur-Mer- based company Technical Steel.

The CAF president was summoned from a hotel in Paris, where he was staying to attend the 69th FIFA Congress. Before holding the Congress, former Secretary-General of the CAF Amr Fahmy has filed a report on the corruption case to the French authorities, an official at Egypt-based CAF told Egypt Today on condition of anonymity as he was not authorized to brief the media on Thursday.

CAF president signed with the French company the contract, with an additional cost for the association reach about US$ 830,000, the newspaper quoted former CAF

On March 15, 2019, Insideworldfootball had exclusively reported that the corruption case is dating back to December 2017, when the CAF offered a tender to purchase sports equipment for the African Nations Championship (CHAN). It added that a bid of €312,000 ($352,178) from Puma, with a 60-percent discount on its list price, was ordered to be rejected by Ahmed who directed to sign a contract of $1,195,603 with the French online company, which is run by a close friend called Romuald Seiliert o Ahmed’s personal Attaché Loïc Gerand.

The equipment that would be supplied by the French company is manufactured by Adidas, the newspaper added.