Warda post picture with Salah ahead of Tunisian match 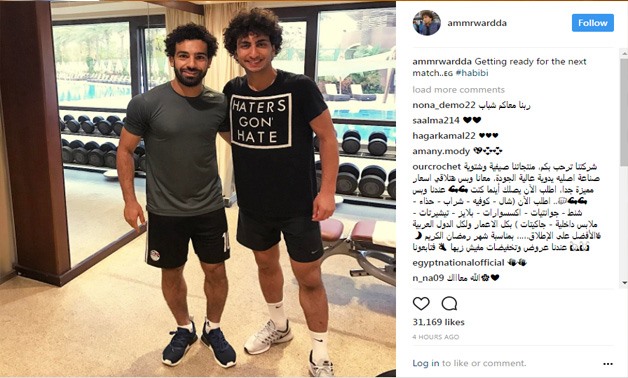 CAIRO – 8 June 2017: National team and the Greek league second-ranked PAOk footballer Amr Warda published a picture of him with his national teammate and Roma's striker Mohamed Salah Thursday, captioning it "Getting ready for the next match," in reference to the Tunisian match on Sunday.

Recently, the 24-year-old Salah was heavily reported to be on the verge of joining Premier League’s fourth-placed Liverpool; however, the transfer pact is currently played down, according to