Sanchez's form will improve with a goal - Solskjaer 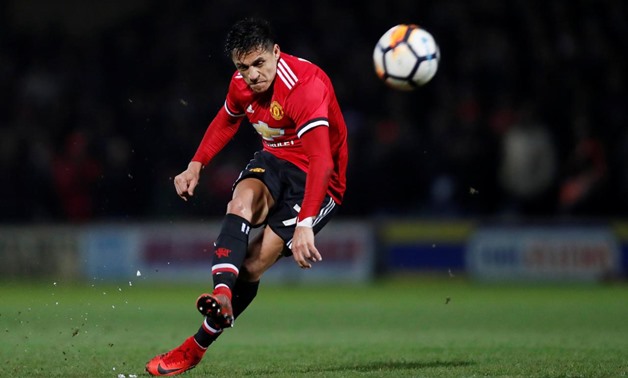 Sanchez has only scored two goals in all competitions for United this season and the Chile international is no longer a guaranteed starter under Solskjaer, with in-form youngsters Anthony Martial and Marcus Rashford preferred up front.

"If he could just get that goal, I am sure that would release some of his confidence," Solskjaer told reporters ahead of Monday's FA Cup trip to Chelsea.

"That is what it is about when you go through periods when you do not perform up to your standard, I think he is a very good player."

Sanchez, who scored 30 goals in his final full season at Arsenal, said he was concerned about his form and also said he had not discussed his role on the pitch in detail with the Norwegian boss since he took charge in December.

But the 30-year-old also recognised that, as an "experienced player", he did not need Solskjaer's guidance.

"He is very talented but, of course, there is only so many things you can sit down and talk about and tweak. He can still play for many, many years," Solskjaer added.

"I have been here for two months now with him and he has been injured for the first part of it, so it is unfair to just expect him to be at the top straight away."

Sanchez could be handed a start at Stamford Bridge on Monday with injured forwards Anthony Martial and Jesse Lingard both ruled out for up to three weeks.