Lasarte to lead Al-Ahly against Pyramids 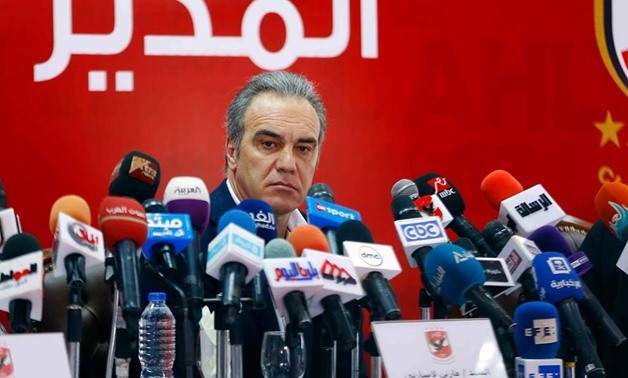 Lasarte during his presentation as Al-Ahly new manager, Egypt Today

CAIRO – 20 December 2018: Al-Ahly new manager, Martín Lasarte, will lead the team at their League game against Pyramids which is scheduled on January 4, according to sources inside the club.

Al-Ahly introduced Lasarte to media on Monday afternoon at a press conference and then he watched the team 2-0 victory over Nogoom FC from the stands.

Lasarte left Cairo after the game and he is set to return to start his mission with the team on December 28.

He also managed Real Sociedead from 2009 to 2012 and achieved the Chilean Primera Division, Copa Chile and Super Copa de Chile with Universidad Chile.