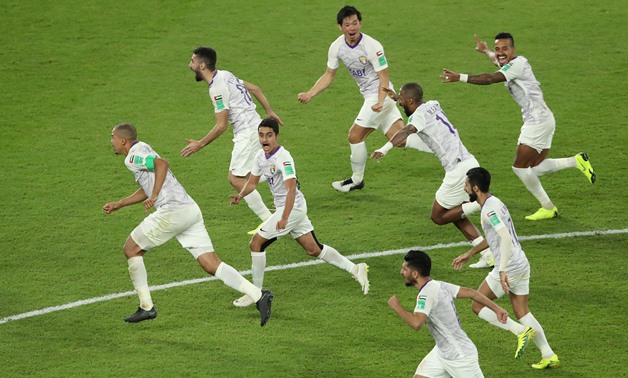 Al-Ain is the second Arab team to reach the final following Raja Casablanca who reached the final in 2013.

The Emirati club had a great start and their veteran Swedish striker, Marcus Berg, opened the score after three minutes which was a massive shock for River Plate.

River’s Rafael Borre quickly equalized the score at the 11th minute and five minutes later, he added the second goal to grant his team the lead in the score.

Al-Ain had many attempts to equalize and their Brazilian winger, Caio Fernandez, made the score 2-2, six minutes after the half time.

The regular time ended 2-2 and both teams failed to add more goals at the extra time which took the game to penalty shoot-outs.

Al-Ain scored all their five attempts while the Argentinean team scored only four and their captain, Enzo Perez, missed the fifth to send Al-Ain to the final.

Al-Ain goalkeeper, Khaled Eissa, who was voted Man of the match, told press after the game, “It’s a great result, a historical event for Al-Ain and the UAE. We have reached the final and so we will try our best. Now, we are going to fight to win it; we have nothing else to aim for.”

Al-Ain will face the winner between Real Madrid and Kashima Antlers at the final.