Egypt vs Tunisia, a classic African-Arab clash to watch 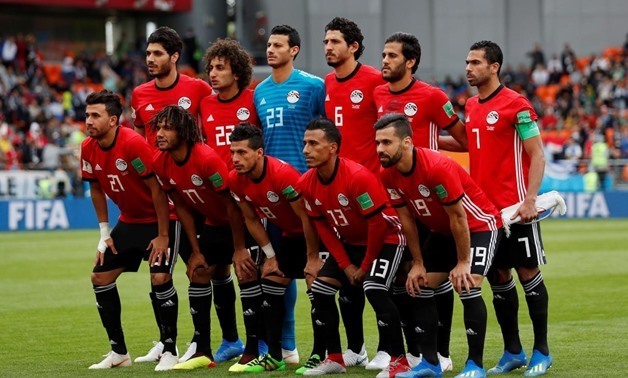 CAIRO –16 November 2018: Egypt's coach Javier Aguirre is facing the toughest match since he took over the Pharaohs’ coaching position.

Egypt hosts Tunisia at Borg el-Arab stadium on Friday night, at 06:00 p.m. in the 2019 African Cup of Nations qualifiers.

Egypt and Tunisia secured qualification for the tournament since the last round after Egypt achieved an away 2-0 victory over eSwatini, while Tunisia defeated Niger 2-1 in Niamey.

Tunisia leads the group with 12 points from four consecutive victories, three points ahead of Egypt that comes second, while Niger and eSwatini share the bottom with one point each.

The most important part of the game is to know how the team will appear in front of the first strong opponent to play against since the World Cup.

Aguirre hopes to continue his amazing run with the national team as he achieved three victories in three official games since he was appointed national team manager following Egypt’s world Cup early exit.

The match will also be a good opportunity to push a number of new players who have joined the team during the current camp, or who have not had a chance in previous matches.

He chose also 16 players who are playing in the Egyptian league:

Today's game is the 40th game in the history between the two teams, including 6 matches in the Olympics qualifiers, which are not approved in the international list, each team won two, and two games ended in a draw.

Officially, they met in 18 matches, with 9 matches in the African Cup of Nations qualifiers. Tunisia won 4 matches in return for a single win for the Pharaohs and 4 matches ended in a draw.

They also met twice in the African Nations Cup; each team won had a victory.

They played 6 matches in the World Cup qualifiers; the Egyptian team won two while the Tunisian team won 3 times and a draw only.