A night to remember for Zamalek fans 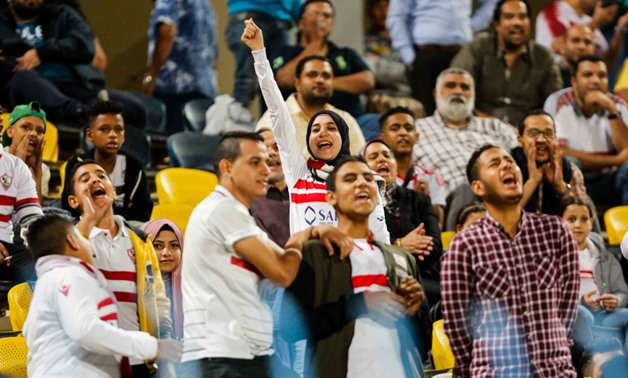 CAIRO – 6 November 2018: Zamalek fans had a great night on Monday when they achieved a stunning comeback over Haras El-Hedooud at the league.

Zamalek were 1-0 down after 20 minutes when Edu Moses opened the score for El-Hedooud and since then Zamalek players dominated the pitch and had many chances to score at the first half but they failed to equalize the score.

At the second half, Zamalek manager, Christian Gross, used all his weapons to help his team and he replaced Ahmed Fatouh, Ibrahim Hassan and Kasongo Kabongo with Mohamed Antar, Abdallah Gomaa and Omar el-Said.

The camera showed one of the ball boys celebrating Zamalek’s first goal with a great passion and the video went viral after the game.

A minute before the final whistle, Zamalek scored the second goal by Kahraba who received a great assist from Said to achieve the third consecutive victory for Zamalek.

“It was a tough game against a tough opponent and achieving victory in these games is vital to win the title at the end,” Zamalek assistant coach, Amir Azmy, told press after the game.

Zamalek reached 23 points at the top of the table, achieving seven victories, two draws and only one loss to Nogoom FC.