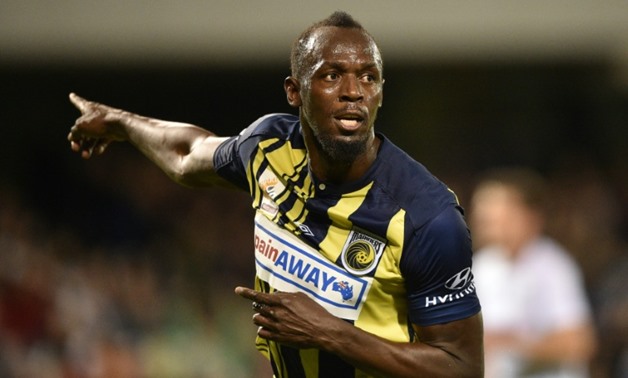 Since retiring from athletics last year, Usain Bolt has been pursuing his dream of becoming a professional footballer AFP/File / PETER PARKS

Sprint superstar Usain Bolt has turned down a contract from Maltese champions Valletta and will remain in Australia to pursue his dream of becoming a professional footballer, his agent said Thursday.

The eight-time Olympic champion has been on trial with A-League club the Central Coast Mariners since arriving Down Under in August.

He scored two goals in a pre-season friendly last Friday but is yet to be offered a deal, with cashed-up Valletta dangling a two-year trial-free contract to entice him away earlier this week.

But Bolt's agent Ricky Simms said he had opted against a move to the Maltese Premier League team, which is backed by a group of investors from the Sanban Group in the United Arab Emirates.

"There is a lot of interest in Usain playing football," he told ESPN.

"We regularly receive similar approaches. I can confirm Usain does not wish to pursue this opportunity in Malta."

Valletta chief executive Ghasston Slimen told the broadcaster: "We wish Usain Bolt all the best with his football career. The Valletta FC offer is always on the table."

Australia's domestic A-League season starts this weekend, with the Mariners in action on Sunday away to Brisbane Roar. With no contract, Bolt is not eligible for selection.

Club chief executive Shaun Mielekamp said this week the Jamaican "will continue his indefinite training period ... until any further notice".

Reports suggest the Mariners are waiting for governing body Football Federation Australia to decide whether it will contribute to a potential Aus$3 million (US$2.1 million) offer to the 100m world record holder.

Sydney's Daily Telegraph on Thursday reported Bolt and Mielekamp sat down for a coffee in the wake of the Malta offer for clarity on his future.

It said the 32-year-old, who regards Australia as a second home, might consider accepting less money if it means locking in a contract.

Coach Mike Mulvey was reluctant Thursday to talk about Bolt, saying he was not involved in contract negotiations.

"I'm really not interested in it (contract speculation) to tell you the truth," he told reporters.

"He's been great among the guys and I was very happy for him last week with the two goals he scored, but we move on."

Mariners captain Matt Simon dismissed suggestions the chronicles of Bolt were distracting the squad ahead of their A-League opener.

"He's been here for a couple of months now, so everywhere we go with Usain, everyone's talking about him," Simon said.

"We've just been down to business, concentrating on the season and putting into practice what we've been doing at training for the last 12 weeks."

Bolt, who retired from athletics last year, has previously tried out with clubs in Germany, South Africa and Norway to no avail.