The Pharaohs travel to Volgograd for Saudi Arabia’s game 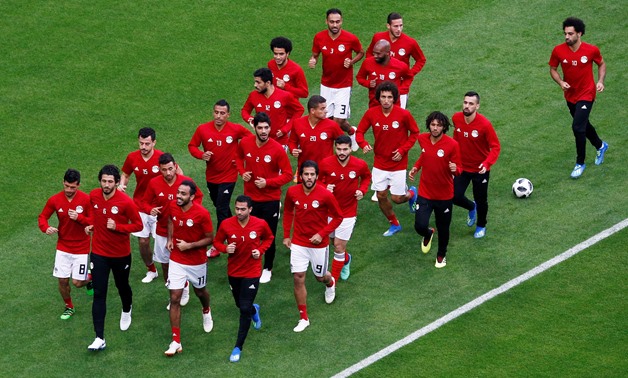 CAIRO - 23 June 2018: The Egyptian national team has finished its last training session at Grozny on Saturday morning, before travelling to Volgograd to face Saudi Arabia in the last game for both teams at the World Cup.

The Egyptian team is supposed to travel to Volgograd on Saturday afternoon, and will leave off to Egypt after Saudi Arabia’s game directly, as the team bid farewell to the World Cup after suffering losses to Uruguay and Russia respectively.

The national team will have a final training session before the Saudi match scheduled for 2:30 p.m. in Cairo at the stadium of Volgograd Arena, which will be preceded by a press conference by coach Hector Cuper and team captain Esam Al-Hadary.