It is an honour to represent the national team: Ashraf 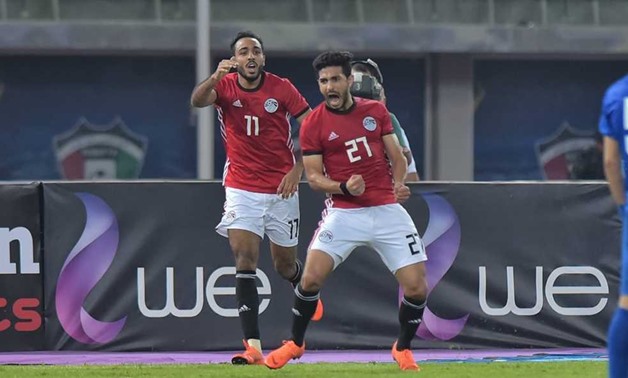 CAIRO – 13 June 2018: Al-Ahly’s Ayman Ashraf surprised everyone when he managed to join the final squad for the 2018 World Cup in Russia, despite not being a key player at the qualifiers campaign.

“It is an honour to be among the national team final squad at the World Cup. I cannot describe my feelings; I have the desire to make use of all opportunities,” Ashraf told Filgoal on Wednesday.

Ashraf joined the national team camp in March for the first time under Cuper’s command and he succeeded to gain the manager’s trust.

“I am so proud to be considered by the coaching staff as an important player. The ability to perform in different positions helped me secure a place at the World Cup squad.”

Ashraf and his teammates are preparing for the World Cup opener against Uruguay on June 15 at Central Stadium in Yekaterinburg.

Asked about the game against Uruguay, he said “We are so confident and ready to show a great performance against the big team. They have two top class players, Edinson Cavani and Luis Suarez, but we are ready to stop them.”

The World Cup draw put Egypt in Group A alongside Uruguay, Saudi Arabia and the host nation, Russia.