Patrick Vieira is a former legend for France who played for Arsenal, won three premier leagues and played for Inter Milan, achieving three Italian leagues. He is now on the bench of American club, NewYork City, as a coach.

"I think [Pogba] still has room to improve. In my generation, we have very physically impressive players, like Patrick Vieira, for example. Technically speaking Patrick is really good, but he is not as good as Pogba, especially in terms of attacking,” Blanc said to the FIFA website.

"[Pogba] is well ahead of the other players in terms of physical levels. In the next few years, I think if Pogba does not suffer from injury problems, he will be one of the key players for France and also his club, we’re lucky enough to have Pogba,” He added.

Laurent Blanc and Patrick Vieira were in the historic squad who won the only World Cup for France in 1998.

"I mean [he] has the talent, but we don't see it for the national team for the past two or three years," Blanc said.“Pogba talks about winning the Ballon d'Or and [he] put himself in a situation where, right now, he cannot [back up from] what he [said].”

France placed in Group C alongside Australia, Peru and Denmark. It starts the World Cup journey against Australia on June 16, then played against Peru on June 21, before ending the group stage against Denmark on June 26. 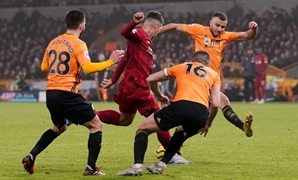