Boxing in danger of being knocked out of next Olympic Games, warns IOC 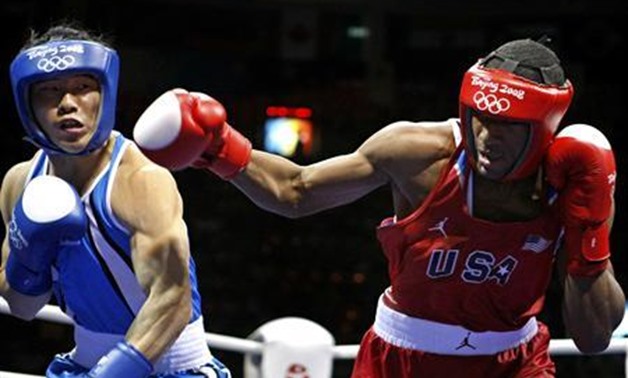 PYEONGCHANG, South Korea, Feb 4 (Reuters) - Boxing could be knocked out of the next Olympic Games if the International Olympic Committee is not satisfied problems with the sport's finances and governance are sorted out, IOC President Thomas Bach warned on Sunday.

Speaking in Pyeongchang ahead of next week's Winter Olympics, Bach said the IOC was "extremely worried" about how the sport was run and said the body was prepared to make bold decisions.

"The IOC reserves the right to review the inclusion of boxing in the programs of the Youth Olympics 2018 and Tokyo 2020," he told reporters, adding that the IOC would be freezing all contacts with the sport's governing AIBA "excluding the ones on a working level necessary to implement the respective IOC decisions".

AIBA was not immediately available for comment when contacted by Reuters.

Following a two-day Executive Board meeting in Pyeongchang, Bach said the IOC had not been satisfied with a report prepared by AIBA, and that it would be opening an investigation into the body.

AIBA has been riven with in-fighting for months, with former president CK Wu first provisionally suspended and then stepping down last November after a bitter dispute with his executive committee.

This is not the first time AIBA has had IOC funds blocked.

The Olympic ruling body withheld payment of more than $1 million of television rights from the Athens 2004 Olympics after a refereeing scandal at those Games.

The Winter Olympics runs from Feb. 9-25.