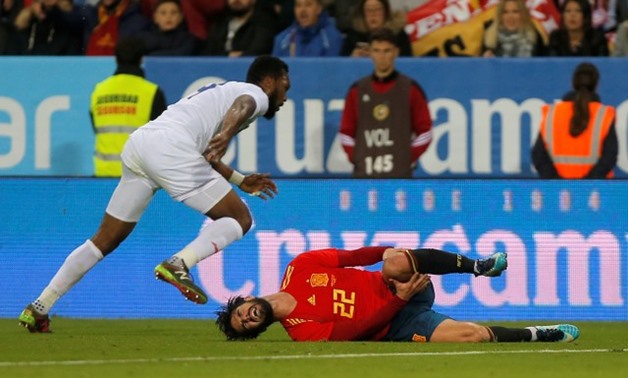 CAIRO – 12 November 2017: Isco Alarcón, Spain’s national team midfielder, will not travel with his fellow teammates to St. Petersburg to play against Russia for the friendly match scheduled Tuesday.

Alarcón is suffering from a thigh injury following a match with Costa Rica and, after being examined by doctors again on Sunday morning, the federation took the decision to drop him and put him in the hands of Real Madrid's doctors.

"Isco has a big knock, it's not serious or important and we'll decide tomorrow if he travels to Russia or not," Lopetegui told a news conference. "What I'm most pleased about was our attitude and we need to keep it up. Every game will be a different world. We have to believe in the type of team we are and have faith in the things we do well."

Isco aims to be fully recovered for the Saturday, November 18 match to play with Real Madrid against Atlético Madrid at the Metropolitan Wanda stadium.

La Roja suspended training scheduled for Saturday morning and will fly directly to St. Petersburg to prepare another test for the 2018 World Cup.