Federer advises Murray not to rush back too quickly 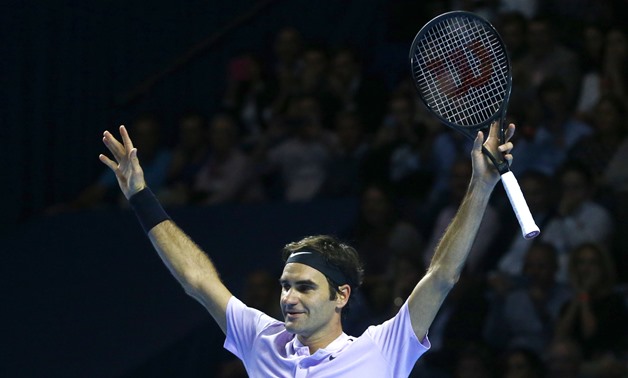 8 November 2017: Roger Federer believes Andy Murray should follow his lead by ensuring he does not rush back to competitive action too quickly following the Scot's injury-ruined season.

The Swiss 19-time grand slam champion had encouraging words for his friend and rival while helping Murray start his comeback gently by playing him in a charity match in Glasgow on Tuesday.

Former world number one Murray, who has been sidelined with a hip injury since Wimbledon, is targeting a return in the New Year with a view to competing at the Australian Open.

Federer, who was in a similar position last year when he missed the second half of the season through injury, took time out to completely recover and was rewarded with a spectacular return in 2017 featuring two grand slam triumphs.

Before beating Murray in the knockabout exhibition match, Federer told the three-time grand slam winner: "My best advice is just to get fit again. Take your time, however long it takes.

"When you come back you want to be at 100 percent, otherwise the problem is you feel you just can't beat the best at the big tournaments, so it's wise and worthwhile to take the extra week, extra month maybe.

"I'm sure Andy has a lot of years left so there shouldn't be a hurry but as a professional athlete, you always want to come back as quickly as possible and you need to have goals but sometimes they need to be postponed."

It is extraordinary how the pair's fortunes have changed in 12 months, but the experience of 36-year-old Federer can act as an inspiration to a player six years his junior.

This time last year, Murray had just achieved his ambition of becoming world number one while questions were being asked about Federer's future after his injury-decimated campaign.

Yet the Swiss returned to win the Australian Open and Wimbledon, shoot back up to number two in the world and play some of the best tennis of his garlanded career while injury-hit Murray's form and confidence dipped.

From number one, Murray has plummeted to 16th in the rankings, his lowest position for nine years but Federer is confident his rival will climb back to the top again.