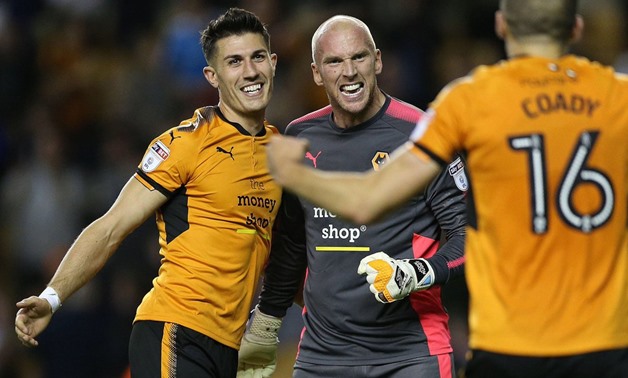 CAIRO – 22 October 2017: Wolverhampton Wanderers hope to celebrate their 140th season by winning their ticket to the Premier League. The team tops the EFL Championship after 13 fixtures.

Wolverhampton had a great run in the competition this season, the team collected 29 points out of 39; they lost only two games against Cardiff City and Sheffield United, and they ended their games against Brentford and Bristol City with a draw.

The man behind Wolverhampton's success this season is their new veteran Portuguese coach, Nuno Espírito Santo, who was signed to the club in summer 2017. Santo, who also coached Valencia and Porto, promised Wolverhampton's fans to do his best to take them to the Premier League; fans thus far are happy with the team's results.

Nuno signed two strikers after his arrival to the club: Diogo José Teixeira who played under Nuno's command in Porto, and Leo Bonatini from the Saudi Arabian club, Al-Hilal.

Both players shined in the league this season as they scored seven goals; each forming a great partnership in the attacking line.

On Tuesday, the championship leaders, Wolverhampton, will travel to Manchester to meet Premier League leaders, Manchester City, at the Football League Cup round of 16. The Wolves hope to show their fans that they are ready now to compete with the Premier League giants.