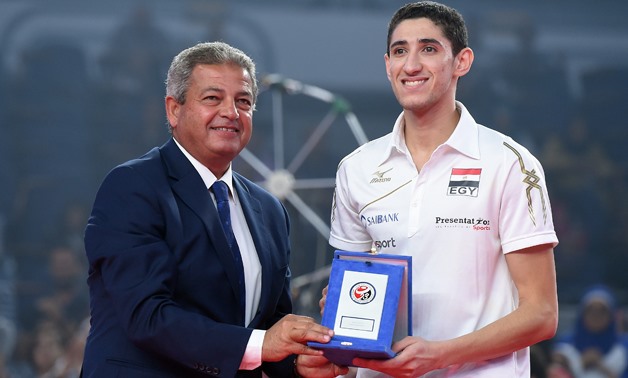 Minister of Youth, Sports doubles prize for U-23 volleyball team

By: Egypt Today staff
CAIRO – 26 August 2017: Khaled Abdel Aziz ,Minister of Youth and Sports, decide to double the award for the U-23 volleyball team on August 26.

Minister Abdel Aziz was set to award each player L.E. 3,000 after the team was able to come in fifth place in the U-23 Volleyball World Cup, held in Egypt. However, the minister decided to raise the prize to 6,000 L.E. to players in response to their great achievement.

Moreover, Fouad Abdelsalam, head of the organizing committee of the U-23 World Cup, stated that the players received L.E. 3,000 for each match they won. The team was able to come out victorious in three occasions in the group stages against Japan, Mexico and Poland, before beating China and Japan in the knockout stages.

Brazil won the first competition in 2013, beating Serbia in the final, while Russia won the second edition, beating Turkey in the final. Lastly, Argentina won the third final after beating Russia.