Cilic: I am ready for the final 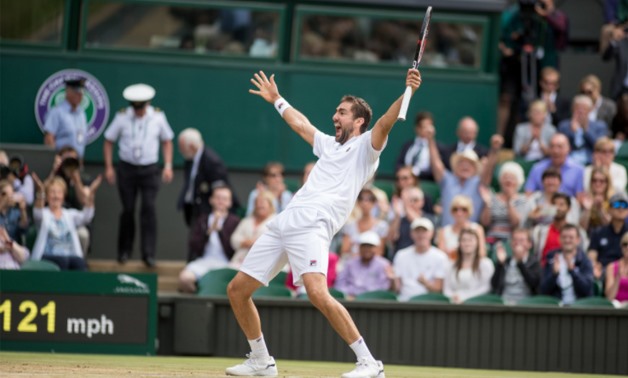 CAIRO –16 July 2017: Marin Cilic won over Sam Querrey 3-1 to reach the Wimbledon final for the first time. He will play Roger Federer in the final on Sunday.

“Definitely, it’s great for me to be in the final of a grand slam again. I felt that my level of tennis in the last several weeks is really on a high, and that has given me a lot of consistency with my mind-set,” Cilic told reporters after beating Querrey.

Asked about appearing in the Wimbledon final for the first time against the winner of seven Wimbledon titles, Roger Federer, he answered, “It’s just another step for me, I believe, in my own tennis that I’m able to produce great matches at this time of the tournament, so I will be definitely ready for the final.”