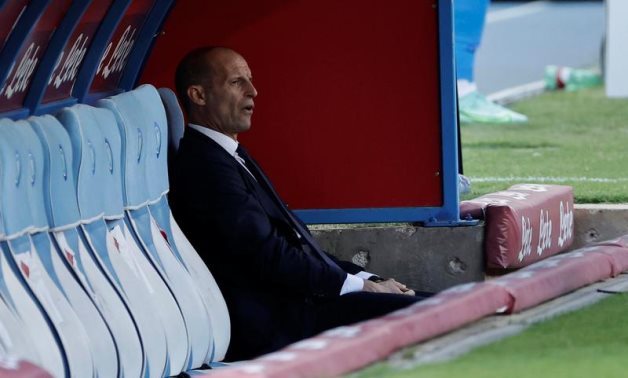 TURIN, Italy (Reuters) - Juventus coach Massimiliano Allegri said Sunday's Serie A clash at home to AC Milan is more important for the visitors because Stefano Pioli's men have been together as a unit for longer.

Allegri returned to Turin in the close season to take change of Juve for the second time and has seen his side take one point from their opening three league matches, while Milan have three wins from three so far.

"But they have been playing together for years and have acquired important qualities, whereas we are growing. Therefore I think it is more important for them than for us."

Juve did get their first win of the season in the Champions League in midweek, returning with a 3-0 victory from Malmo.

But, having lost last season's top scorer Cristiano Ronaldo to Manchester United and with a new manager in charge, Allegri has called for time to turn things around domestically.

"I found a Juventus with different players," he added. "What we need to do is not to compare Juve now to what it was.

"This team has its own identity with different characteristics, so many things need to be improved to become a team. It's just a different Juve."

Allegri also said that while Federico Chiesa remains doubtful for Sunday's clash, the Italy forward could return from a hamstring injury to play some part at the Juventus Stadium.