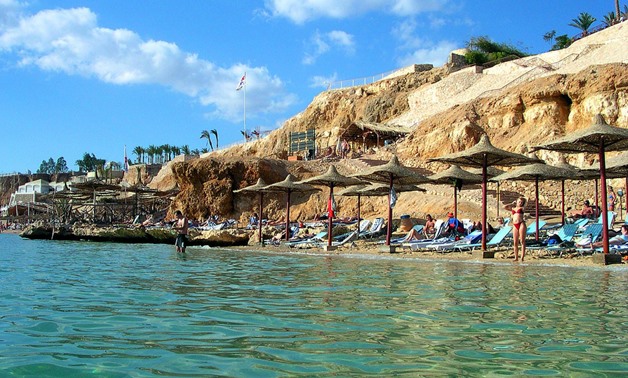 CAIRO – 9 June 2020: Head of South Sinai Investors Association Tamer Makram said that works at South Sinai hotels are in full swing to prepare for the resumption of the tourism movement after months of hiatus.

Makram explained that the hotels are applying for their licenses and health safety certification in accordance with the terms set by the Cabinet to resume the tourism flow as soon as airspace is re-opened.

Makram asserted that the association is communicating with various tourist markets as well as tour operators, where there are countries ready to resume tourism, atop of which are Italy, Ukraine and Belarus. “But we are still waiting for Egypt’s decision.”

He said that the turnout is still somewhat small. “Funding initiatives are ongoing, and many hotels have benefited from them, and are working to adjust their conditions. We expect occupancy rates to rise well during the summer months, especially as we expect the international movement to resume in July in light of the announcement by most European countries to resume theirs starting from mid-June.”

Given that hotels successfully opened for domestic tourism in Eid al-Fitr holiday in accordance with the health requirements approved by the Cabinet, the Ministry of Tourism and Antiquities has decided to raise the occupancy rates in hotels during the coming period.

Beginning from June 1, hotels with a health safety certificate will be allowed to work with 50 percent of their capacity instead of 25 percent.

The occupancy rates for hotels during Eid Al-Fitr holiday did not exceed 25 percent, according to the permissible proportions within the health safety requirements, and the rates came as follows: 8 percent in South Sinai, 13 percent in the Red Sea, 25 percent in Ain Sukhna, and 25 percent in Alexandria, 4 percent in North Coast and Matrouh Governorate, and 9 percent in Greater Cairo.

Egypt has halted air traffic since March 2020 to prevent the spread of the deadly coronavirus. The country has since operated exceptional flights to return stranded nationals in different countries.