In Pics: Learn about most expensive, rarest types of Egyptian-Arabian horses CAIRO - 2 December 2019: According to horse lovers and owners of stables, the Egyptian-Arabian horses are the most beautiful and rarest horses in the world.

Huda Wahdan, a horse farm owner, said that the most important horse families include Hadban, Kahailah, Dahmah, Saqlawy, Abyan and Abiyeh which are available in Egypt.

Another horse farm owner said that Abyan and Abbey are the most expensive families of horses, where the price of the female horse may reach LE 1 million. One of the workers at the Zahra Arabian Horse Station and a horse breeder himself explained that horse breeding is very expensive and that the price of a horse depends on its beauty.

He pointed out that the most expensive of Arabian horses is the Alabian family, especially the females, which are responsible for the preservation of the breed, pointing out that there are five lineages of horses classified as the best Arab horses.

Naglaa Radwan, head of the Central Administration of Al-Zahraa Arabian Horses Station, confirmed that this auction addresses Arabian horse lovers and owners aspiring to include new breeds of Al-Zahraa horses to their farms.

Radwan said that the auction is held at least twice a year to sell the surplus of Arabian horses, clarifying that 27 male and female horses aged 1.5 to 20 years are being auctioned.

She added that a female horse named Dolama was sold for LE 819,000 in the auction held last November, making it the most expensive and rarest horse sold in an auction.

Al-Zahraa Arabian Horses Station is one of the largest breeding farms for purebred Arabian horses in the Middle East. 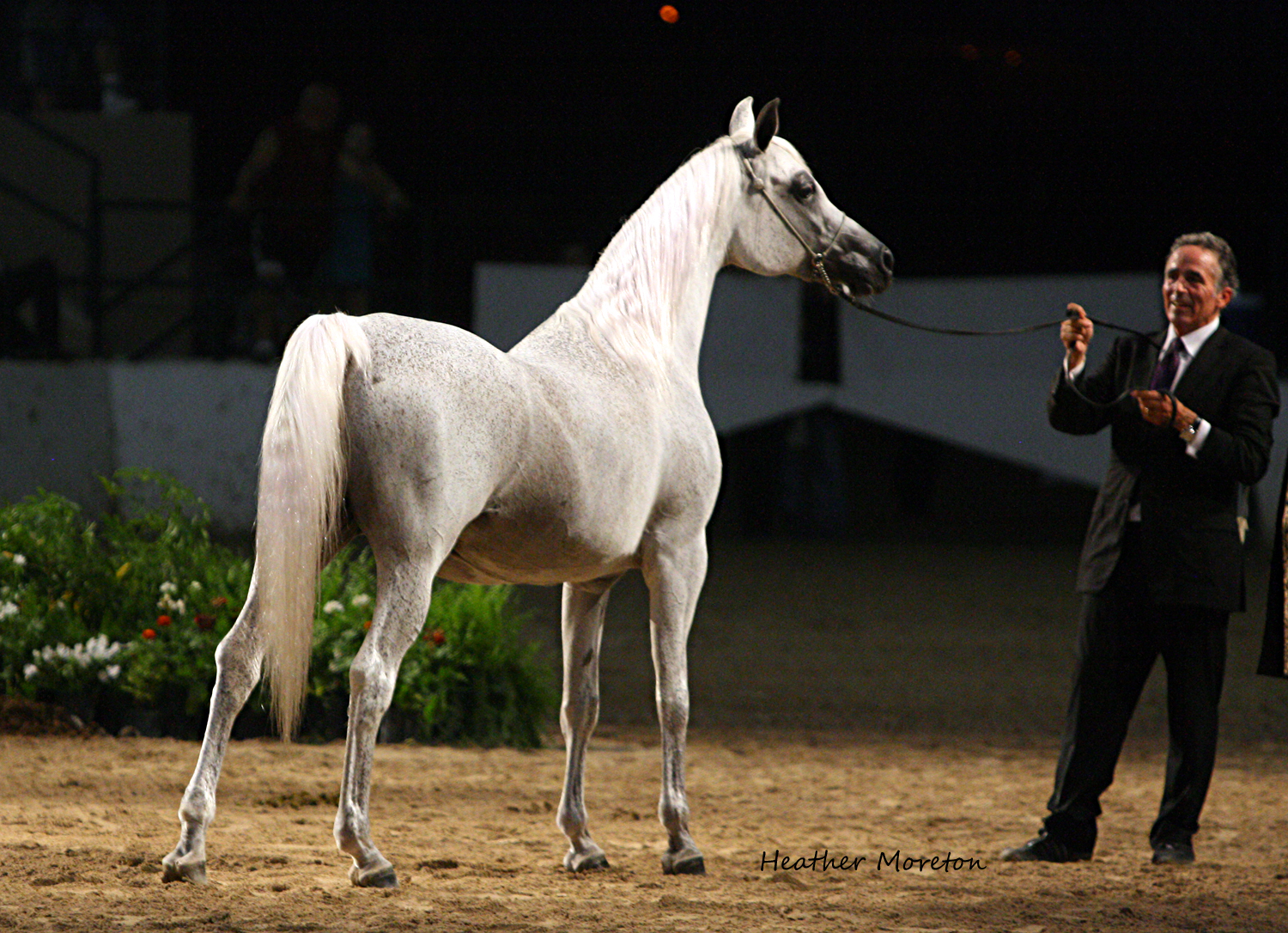