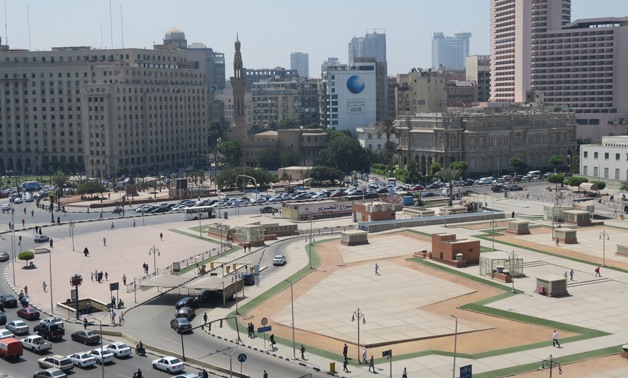 CAIRO - 18 October 2019: Egypt's iconic Tahrir Square will turn a tourist place in light of the government’s plan to make Cairo, the capital, one of the tourist destinations in Egypt, according to a statement issued by the Ministry of Housing, Utilities and Urban Communities on Friday.

Tahrir Square is a symbol of a pivotal turning point for the Egyptians as it was the central place where millions of people protested against former President Hosni Mubarak’s 30-year-old era in 2011 Revolution. The square also witnessed the events of the 30 June 2013 when millions of Egyptians demonstrated and ousted the regime of the outlawed Muslim Brotherhood’s ruling.

According to the statement, a pharaonic obelisk will be transferred to the square, adding that Minister of Housing Assem El Gazzar reviewed the structural system of the obelisk. He also was updated on the plan of gardening the area with planting more palm and olive trees.

The banners in the square will be removed to show aesthetic facades of the buildings of distinctive urban style, the statement continued.