Discovery Channel to air opening of Egyptian sarcophagus on April 8 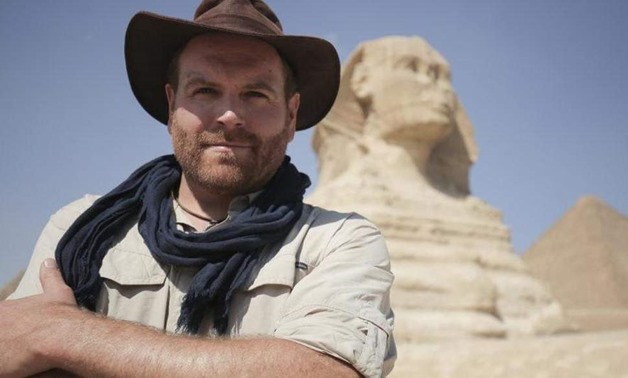 CAIRO - 4 April 2019: Expedition Unknown TV series host Josh Gates will hold a live broadcast from Egypt, in conjunction with opening an ancient sarcophagus on Monday, April 8 where mummies are expected to be found, The Independent reported.

Information about the original location where the sarcophagus was discovered was not provided.

Discovery Channel will air a two-hour episode from a "less-visited part of the country".Renowned U.S. TV presenter Gates said that the sarcophagus contains the bodies of some higher-class ancient Egyptians. He added: "We know that there are a lot of mummies that are down there."

"Egypt will reveal its secrets, live. Join me, Josh Gates, for an Egyptian adventure, like nothing you've ever seen before. Explore 3,000 year old tomb, and uncover ancient mysteries buried in the sands," Gates said in a teaser, commenting on the planned episode.

According to The Independent, the site where the channel will be filming its episode will be overseen by MostafaWaziri, secretary general of the Supreme Council of Antiquities.

In October 2018, Discovery Channel told Khaled al-Anani, Egypt's minister of antiquities, that the channel is ready to provide human expertise and international techniques in filming to make documentaries and take photographs of the archaeological discoveries in Egypt, according to reports.

Waziri stressed that the newly discovered sarcophagus was found in a good condition. Three broken statuettes of three of the four sons of the God Horus were also uncovered.