On Marriage and Divorce in Egypt 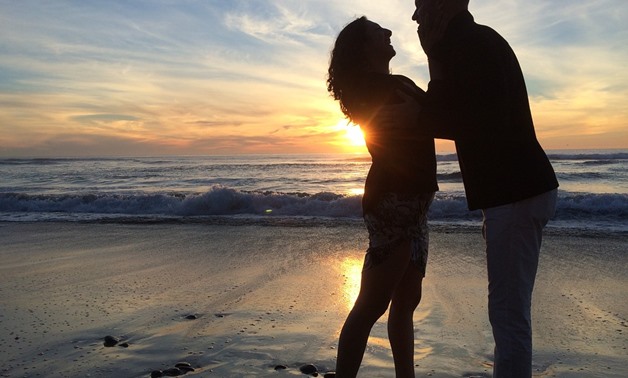 FILE - A couple enjoying the sunset on the beach.

CAIRO – 28 February 2019: With just under one million marriages occuring on a yearly basis, according to the Central Agency for Public Mobilization and Statistics (CAPMAS), and a rising divorce rate, many have called on the Egyptian government, the media, the Church, Dar el-Ifta and non-governmental organizations to try to interfere through legislation, initiatives and educational or informational programs to help reduce the amount of couples who split up every year.

As of right now, about 200,000 married couples get a divorce every year, and according to President Abdel Fatah al-Sisi, research suggests that 40 percent of marriages end within the first five years.

In similar vein, Deputy Minister of Health and the General Supervisor of the Councils of Population, and Childhood and Motherhood, Maysa Shawky, holds that as of 2017, the divorce rates in Egyptian cities skyrocketed to 60.7 percent, while some villages reported 39.3 percent, and some reported less. When asked hold old divorcees usually are, Shawky pointed out that they mostly fall in the 25- to 30-year-old age group.

Whether one blames this one economic conditions, as Egypt's Social Solidarity Minister Ghada Wali did during a session with Members of Parliament in late November 2018, or whether you attribute it to emotion stress due or arranged marriages, the fact of the matter remains the same: Divorce rates are increasing in Egypt.

A report published in February 2018 suggested that divorce rates have increased 6.5 percent year-on-year between December 2016 and December 2017. In December 2017 alone, the divorce rate shot up by 4.3 percent compared to the same month last year. As if this was not worrying enough, a look at other studies over the past ten decades suggests that the problem is only getting worse.

Additionally, in April 2017, Vice Dean of Faculty of Arts in Ain Shams University Tarek Mansour announced at the International Conference of the Faculty of Arts on Women and the Future Industry in Cairo, Egypt, that divorce rates have soared from 7 percent to 40 percent over the past five decades; there are not three million divorced women, he said. Mansour attributed the increasing divorce rate to the overlooked problems that women face in society, explaining that women suffer from many problems including violence, circumcision, early marriage and polygamy.

What is the Egyptian government doing about the high divorce rates?

According to recent statements by the Egyptian Minister of Social Solidarity Ghada Wali, the Egyptian government is currently finalizing the development of a comprehensive program that aims to deal with the issue of high divorce rates in Egypt, with particular focus on cities, as they have higher divorce rates.

Commenting on the program, Wali revealed that the program, which will be reviewed by President Abdel Fatah al-Sisi personally, has been developed by looking at exampled from three Muslim countries, where divorce rates are low, according to the minister, namely, Malaysia, the United Arab Emirates (UAE) and Oman. Wali went even further to point out that Malaysia has seen their divorce rates drop 25 percent from 35 percent to 10 percent in just one year.

“They took legislative measures there [Malaysia] that led to stemming the tide in this respect. In Malaysia, laws stipulate that only judges conduct divorce procedures, and that a divorce goes into effect after six months. […] In the UAE and Oman, the focus was on media campaigns and awareness programmes that helped a lot in this respect,” Wali explained.

The program, titled “Married to Live Together”, and funded by the United Nations Family and Population Organisation, is currently being discussed with Al-Azhar, Dar AL-Ifta, the Coptic Orthodox Church and the National Council for Women (NCW), with the aim of rolling it out soon.

“A number of professors from Egyptian universities will implement this program in rural areas where divorce rates are high, and this will be in the form of launching awareness campaigns and giving training to young graduates to spread a message against divorce there,” stated Wali.

This program, as Wali explained, comes as part of the directions given to the ministry by President Sisi, who has asked the ministry multiple times to find a solution to the issue of high divorce rates; an issue that he has repeatedly verbally criticized and said that it baffled him. Sisi has also repeatedly criticised verbal divorce, citing it as one of the key catalysts to divorce and one of the major reasons behind the staggering divorce rates.