By: Reuters
WASHINGTON – 22 February 2019: No one would ever look at the huge and ferocious Tyrannosaurus rex as an underdog. But its newly discovered evolutionary great uncle certainly was.

Scientists on Thursday said they have unearthed in central Utah fossils of a relatively small, fleet-footed, lightly built forerunner to T. rex that lived 96 million years ago during the Cretaceous Period. Named Moros intrepidus, it was roughly 10 feet (3 meters) long and weighed 170 pounds (78 kg).

It was given that name, which means “harbinger of doom,” because Moros was a member of the same dinosaur lineage - the tyrannosaurs - and foreshadowed the arrival of the roughly 13-meter-long (42-foot-long) T. rex, seven tons of carnivorous grandeur, some 30 million years later.

At the time of Moros, tyrannosaurs had not yet emerged as colossal apex predators. Moros was overshadowed in its warm, lush environment by a much-larger dinosaur called Siats meekerorum, which reached about 39 feet (12 meters) long, weighed four tons and was a member of a group called allosaurs that for tens of millions of years represented North America’s dominant land meat-eaters.

“In short, the story of Moros and Siats is like an evolutionary David and Goliath in which small tyrannosaurs survive through dramatic changes in landscape, through mountain building and sea level rise, whereas the giant Siats and its relatives perish from existence,” North Carolina State University paleontologist Terry “Bucky” Gates said.

“In true ironic fashion, once the giant predators were out of the way, the small tyrannosaurs, typified by Moros, evolved to become the largest predators in North America,” Gates added.

Tyrannosaurs first arose in Asia and later migrated to North America, but few fossils had been found to illustrate their development on the continent.

“Tyrannosaurs remained small, subsidiary hunters in Late Cretaceous ecosystems of North America until the extinction of allosaurs opened a window of opportunity for them to ascend to the top of the food chain,” added paleontologist Lindsay Zanno of the North Carolina Museum of Natural Sciences and North Carolina State University, lead author of the research published in the journal Communications Biology.

The scientists found partial remains - leg bones and some associated teeth - of a Moros individual that was perhaps seven years old, almost fully grown. They did not discover feather fossils, but suspect Moros had feathers, as did many dinosaurs.

“If Moros stood beside you, its back would come up to your hip,” Gates said. “Imagine a 10-foot-long Great Dane covered in feathers.” 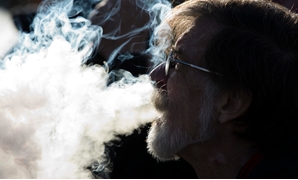 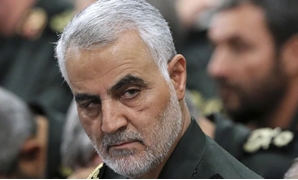