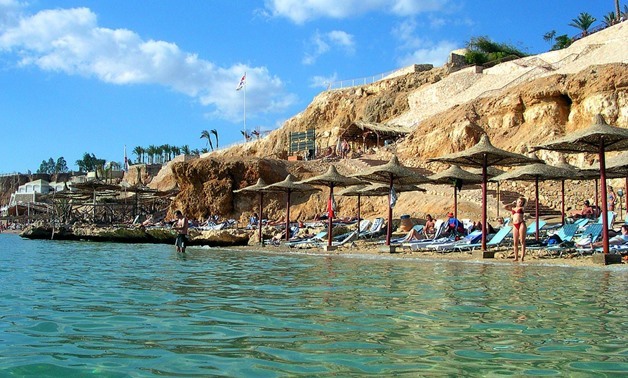 CAIRO – 14 July 2018: About 132,404 tourists used Egyptian ports in 2017, according to a report issued by the Maritime Transport Section, Ministry of Transportation.

The ports following Suez Canal economic zones allowed the entrance of 6,843 tourists and the exit of 6,843.

Egypt is a maritime country that has a remarkable geographical location on the junction of three continents and has coasts up to 2,000 kilometers long on the Mediterranean and the Red Sea which allow its connection with the foreign world since ancient ages, according to the Maritime Transport Section’s official website.

The Sector’s strategy is the effective contribution in the Egyptian national economy and Egyptian foreign trade through creating efficient cadres capable of influencing the decision makers in the field of maritime transport on the international level.

Tourists’ flows to Egypt has resumed and Egypt has restored its leading position again as the best tourism destination in the region, according to the French pioneering travel magazine TourMaG on Thursday.

The 20-year-old magazine revealed that the percentage of French tourists visiting Egypt in 2018 alone has increased to 146 percent. “Tourists no longer prefer going to Tunisia or Turkey only, Egypt is back in the competition again after years of instability,” the magazine added.

CAIRO - 21 June 2018: Head of the Arab Tourism Organization Bandar bin Fahd al Fuhaid expected on Thursday that 195 million tourists will visit the Arab region by 2030, threefold the current number. In a statement, Fuhaid underlined the importance of developing the tourism industry in Arab countries as it plays a vital role in promoting Arab economies.

Egypt’s current account deficit for the third quarter of the 2017-18 fiscal year narrowed to $1.93 billion from $3.1 billion a year earlier as tourism revenues improved, data from the central bank and Reuters’ calculations showed in June 2018.

CAIRO - 28 June 2018: Egypt's current account deficit for the third quarter of the 2017-18 fiscal year narrowed to $1.93 billion from $3.1 billion a year earlier as tourism revenues improved, data from the central bank and Reuters calculations showed on Thursday.