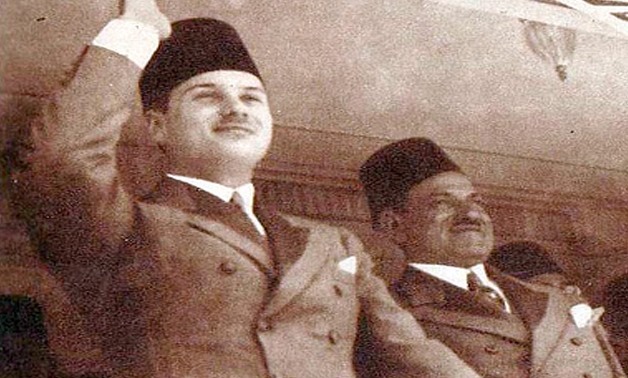 Nasrallah pointed out that his company has submitted a proposal to operate in partnership with one of the largest tourism companies.

The chairman of the company owned by the Railway Authority added that the proposal depends on operating the train with special tourist tickets. This is to encourage tourism between Alexandria and Aswan and also acts as a source of revenue for the railway.

The Royal Train belongs to King Farouk (the Last King of Egypt) and it is one of the antiques that should be taken care off. The train which runs at a speed of 60 kilometers was designed by the Italian Fiat in 1951. It was one of the first trains that worked with diesel; which is why the train has been called the ‘Royal Diesel’.

The train consists of two cars and each car is divided into two parts. The first part in the first car contains a cockpit and a restroom for the driver. The second part was designed for the royal guard.

The second car is the Royal Car. It houses a saloon where King Farouk met and welcomed his guests. There was also a restroom for the king, a wireless telephone and a music cabin.

The train’s station was established by the Koppa Palace which made it easy for royal guests to reach the palace directly from the train station in Cairo or the station in Alexandria. King Farouk sometimes liked to drive the train by himself.

The train was pivotal until the 1952 revolution, but after that its role started to dwindle.

Former President Mohammed Naguib refused to take the Royal Train to Upper Egypt; instead he took an ordinary train with an open cart. When Gamal Abdel Nasser took over, he also refused to take the train and preferred the people’s train, the same train as Naguib.

During the time of Anwar Sadat, a new semi-open car was designed in the Royal Diesel. He travelled in it with his guests. Spanish Company, Timonza, in cooperation with the Egyptian Company, Semaf, designed a new armored car in the train for former President Hosni Mubarak. He only took the train twice.