10 of the weirdest celebrity baby names out there 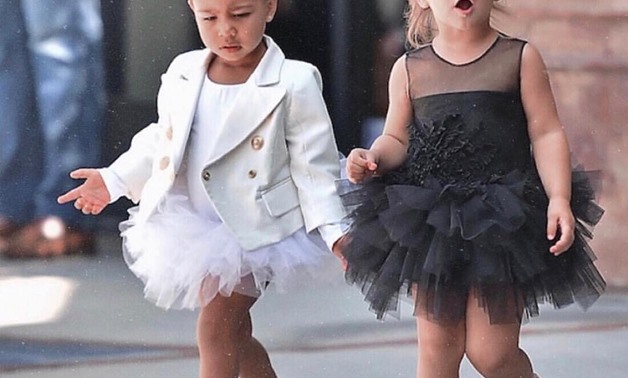 CAIRO - 30 January 2018: Welcoming a new baby girl to the family earlier this month, Kim Kardashian killed all suspense when she finally revealed her baby's name only for it to be...Chicago. It's not quite new for Kim to give strange names to her children as she already broke the internet twice with her other two name picks which are North and Saint West. Inspired by this new addition to her family, Egypt Today's team presents the top ten craziest baby names.

Apple is the daughter of Coldplay's lead singer Chris Martin and actress Gwyneth Paltrow. At the time the world was baffled and needed an explanation to why they would possibly name their child after a fruit, Paltrow then answered all questions at an interview with Oprah where she expressed how Chris was the one to come up with the name, but she thought that it "sounded so sweet" and was "biblical".

Yes, you read it correctly Inspektor...with a k. Pilot is the son of actor Jason Lee . Lee. When asked the inevitable question, Jason replied that it was inspired by a song by the band Grandaddy called '"He's Simple, He's Dumb, He's the Pilot"'. I frankly don't know which is weirder the name or the explanation.

Cast member Jason Lee answers questions during the panel for the NBC series "My Name is Earl" at the Television... July 03, 2012 04:45pm EDT
3. Buddy Bear

You know like tu-morrow...tomorrow, get it? Tu is the daughter of the acclaimed actor Rob Marrow who clearly loved puns enough to actually make his daughter a living breathing one.

Daughter of the renowned musician Frank Zappa, Moon is sister to Dweezil Zappa, Ahmet Zappa, and Diva Zappa. Moon has now grown up to follow the same path as her father and release an album called “My Mother Is a Space Cadet".

Makkah is the daughter of the legendary football player Mohamed Salah who pleasantly surprised us with this beautiful, yet unusual name that consequently inspired a lot of people to name their children after her.

Kay is the daughter of the well-known singer Maya Diab. She's a young fashionista with a promising voice and an incredibly unique name.

Moxie is the sister of Zolten Penn Jillette and the daughter of the infamous comedian Penn Jillette. Her father decided to name her that somewhat cruel name in order for her to have the perfect comeback if she was ever stopped by an officer.

Kal-El is the son of the distinguished actor Nicholas Cage. Nicholas has always loved comic books; in fact, he loved them so much he changed his last name from Coppola to Cage to honor the Marvel character Luke Cage. His passion for comic books didn't end there as he named his son after Superman's kryptonian name.

Zuma is the son of the glorious singer Gwen Stefani. Although Zuma is a beautiful name of a beach in Malibu, it is also a diminutive form for a horrible gastrointestinal condition, and no one wants that as a name.