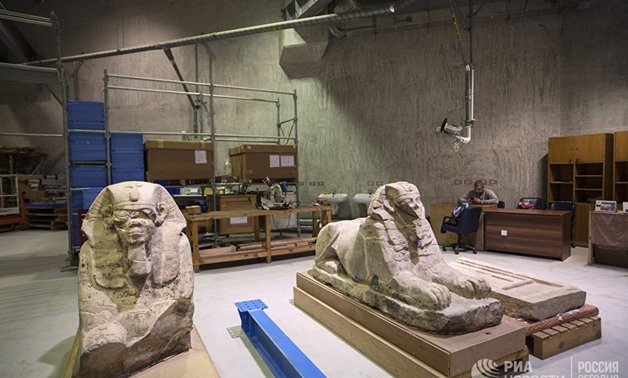 CAIRO - 25 January 2018: Tourism Minister Rania el Mashat said the opening of the first stage of the Grand Egyptian Museum (GEM) is an "important start to tourism".

In statements on Thursday on the sidelines of a ceremony to mark the second transfer of Ramses II statue, the minister said the process of transferring the statue came after 11 years from its relocation from Ramses square in downtown Cairo to the museum.

The museum is a huge project worthy of the ancient Egyptian civilization and will help attract more tourists.

The statue of Ramses II is a 3,200-year-old figure of Ramses II, depicting him standing, that was discovered in 1820 by Giovanni Battista Caviglia at the Great Temple of Ptah near Memphis, Egypt.