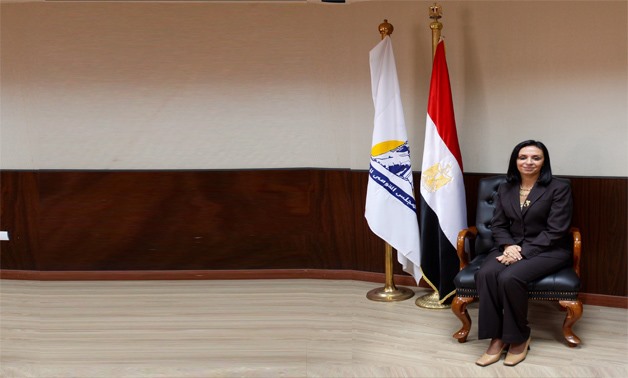 CAIRO – 24 December 2017: President Abdel Fatah al-Sisi announced earlier this year that 2017 will be the “Year of the Egyptian Woman”. Such an important announcement indicates the value of Egyptian women in society as a partner in building Egypt. Both the president and the government hope to make a major leap forward in the rights and lives of Egyptian women.

What major women's issues has Sisi addressed in the last year? To what extent has the status of Egyptian women improved? What exactly happened in the “Year of Egyptian Women”? Egypt Today gives a detailed summary, reflecting on what changed for women in Egypt in 2017, presented by Maya Morsy the president of the National Council of Women.

But first who is Maya Morsy?

Maya Morsy is the president of Egypt's National Council for Women (NCW), which was established in 2000. She took office as the third president of the governmental organization on February 1, 2016. The NCW was reorganized after the 2011 Egyptian Revolution and reopened on January 19, 2016.

“The NCW is the highest national machinery entrusted with formulating and monitoring national plans for the advancement of women in Egypt, and providing policy options and advice in all fields related to the development and empowerment of women to enable them to play their rightful and essential roles in society and integrate their efforts in comprehensive national development programs. The NCW is an autonomous body that has an independent legal status, reporting directly to the President of Egypt,” said Morsy.

The council is comprised of 30 members, selected from public figures with experience in women’s affairs and social issues and are appointed by presidential decree to serve for a period of three years, subject to renewal.

In 2016, among the NCW’s many achievements, Morsy launched the nationwide campaign on Women’s Empowerment (Taa’ Marboota: The Secret of Your Power). “Taa’ Marboota campaign was launched with the aim of utilizing the power of media and communications to address misconceptions, redefining gender roles, and fostering women’s participation in all spheres of life,” Morsy explained. By the end of the year 2016, Taa’ Marboota Campaign succeeded in reaching more than 60 million Egyptians as well as almost 500,000 Egyptians on ground.

“(The Secret of Your Power) breaks the glass ceiling for women, encourages their participation at all levels, and presents the unconventional roles that women can play as important actors and contributors to social welfare and overall economic growth,” Morsy recounted.

The campaign became known as the “100 behavioral and ideational campaign” following its massive success with over 100 celebrities and public figures endorsing it, and has been considered for regional and global awards. In 2017, the National Council for Women, under the leadership of Morsy launched Egypt’s National Women’s Strategy 2030.

“In March 2017, the Egyptian President Abdel Fatah el-Sisi’s announced [Egypt’s National Women’s Strategy 2030] as the national document to guide the country in its women empowerment efforts. This is a historical national achievement for Egypt, recording Egypt as the first country globally to endorse a national women’s strategy 2030,” Morsy added.

Prior to joining the NCW, Maya Morsy served as the Regional Advisor on Gender Policies and Programs in the United Nations Development Programme’s (UNDP) Regional Centre for Arab States in Cairo from 2013. She was responsible for providing policy advice and technical support for women's empowerment and gender mainstreaming in planning and public budgets, as well as the formulation, monitoring and evaluation of regional and national strategies and plans for the advancement of women across the Arab region.

A wide range of regional partners benefitted from her services, including the Arab League and the Arab Women Organization, alongside many partners at the national level, including government agencies, civil society organizations and national councils for women and similar national mechanisms for the advancement of women’s rights, in all Arab countries.

Maya Morsy’s career spans more than 20 years of dedicated service for the advancement of women and defending their fundamental rights. She served as the head of Egypt's Country Office for the United Nations Fund For Women (UNIFEM) from 2000 to 2013, UNIFEM Project Coordinator (1999-2000); Consultant for the Girls Education and Empowerment Project of the Ministry of Education in Egypt (1998-1999) and Project Officer in the Sustainable Human Development Platform for Action and Monitoring, implemented by UNDP in collaboration with the Ministry of Local Administration in Egypt (1995-1998).

Prior to that she served as Academic Facilitator in the Public Administration and Communication Joint Program between City University of Seattle and the Arab Academy of Science and Technology of the League of Arab States (1997-1998).

Over her long career, Maya Morsy contributed to many pioneering initiatives, including the formulation of the Arab Strategy for Women, Peace and Security, the Regional Strategy for Combating Violence against Arab Women and the Arab Plan of Action for the implementation of the Convention on the Elimination of All Forms of Discrimination against Women (CEDAW), including the development of specific indicators for monitoring and implementation. She also advised and assisted relevant authorities in a number of Arab countries, including Egypt, in the development of gender-responsive national plans and budgets.

In Egypt, she contributed to the design and implementation of many national initiatives and projects aimed at the advancement of women including projects to support women’s economic empowerment and security, providing them with small loans and training to increase productivity. Initiatives for women’s literacy focusing on the poorest governorates, girls' education initiatives (one-class room and community schools), programs for the political empowerment of women and training/provision of technical support for female parliamentarians, the establishment of a Women’s Media Observatory, the Safe Cities Project promoting public spaces that are free of violence against women and girls, the national project to combat female genital mutilation, the establishment and training of Equal Opportunity Units in ministries and initiatives promoting equal opportunity within private sector companies.

In 2008, Morsy received a Ph.D. in Public Policy with a focus on the human security of Arab women from the Institute of Arab Studies and Research-League of Arab States. She completed two Master’s degrees at the City University of Seattle, USA, in Business Administration (1998) and Public Administration (1997), after receiving a Bachelor’s of Arts degree in Political Science from the American University in Cairo (1995), with a minor in Mass Communication (Journalism).

Morsy has authored and contributed to many studies and books, which focused on various aspects of the advancement of women in Egypt and the Arab region, including issues of human security for Arab women, a gender responsive public budget, the integration of gender perspectives in agricultural activities in Egypt, gender-sensitive urban planning, strategies for empowering Arab women and the eliminating of gender-based discrimination in accordance with the commitments of Arab countries to the CEDAW and the UN Security Council Resolution 1325 on Women, Peace and Security.