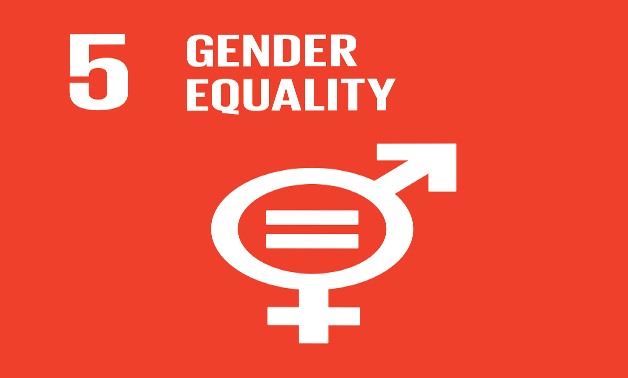 Everything you want to know about SDG 5

By: Fatima Al-Wahaidy
CAIRO – 27 November 2017: “Achieve gender equality and empower all women and girls,” the Sustainable Development Goal No. 5.

Women empowerment is the overarching theme for the Sustainable Development Goals (SDGs) that aim to end key challenges of poverty, inequality and violence against women and girls globally. Recognizing the vital role gender equality and equity play as both an objective and solution to sustainable development, world leaders dedicated a standalone goal (Goal 5) of the SDGs to provide a comprehensive roadmap for achieving equality and women’s empowerment.

The interconnections between sustainability and gender equality and women's empowerment are often overlooked. Despite progress towards gender equality and women’s empowerment, women and girls continue to suffer discrimination and violence in every part of the world. “Providing women and girls with equal access to education, health care, decent work, and representation in political and economic decision-making processes will fuel sustainable economies and benefit societies and humanity at large,” says UN Women in its explanatory note on the SDG 5.

The U.N. member states, contributing to the development of the SDGs, set the following targets under SDG 5 for achieving gender equality and ending discrimination against women and girls by 2030 in areas of access to paid employment, sexual exploitation and abuse (SEA), unequal division of unpaid care and domestic work and discrimination in public decision making:

SDG 5 – Target No. 1: “End all forms of discrimination against all women and girls in the public and private spheres, including trafficking and sexual and other types of exploitation.”

SDG 5 – Target No. 2: “Eliminate all harmful practices, such as child, early and forced marriage and female genital mutilation.”

SDG 5 – Target No. 3: “Recognize and value unpaid care and domestic work through the provision of public services, infrastructure and social protection policies and SDG 5 – Target No. 4: "The promotion of shared responsibility within the household and the family as nationally appropriate.”

SDG 5 – Target No. 5: “Ensure women’s full and effective participation and equal opportunities for leadership at all levels of decision-making in political, economic and public life.”

SDG 5 – Target No. 6: “Ensure universal access to sexual and reproductive health and reproductive rights as agreed in accordance with the Program of Action of the International Conference on Population and Development and the Beijing Platform for Action and the outcome documents of their review conferences.” And SDG 5 – Target No. 7: “Undertake reforms to give women equal rights to economic resources, as well as access to ownership and control over land and other forms of property, financial services, inheritance and natural resources, in accordance with national laws.”

The SDG Fund placed gender equality and women’s empowerment at the heart of its efforts to accelerate progress towards the SDGs. The fund directly empowers women and girls and mainstreams a gender perspective to all development work to create a more equitable and sustainable future for all people.

In July, the U.N. Secretary General presented his report on the “Progress towards the Sustainable Development Goals” which highlighted the following progresses towards achieving the SDG 5 on Gender Equality and Women Empowerment since 2015, the year the SDGs were adopted.

 Child marriage declined from one in three women in 2000 to one in four women in 2015.

 Female Genital Mutilation (FGM) declined by 24 percent since around 2000 when nearly one in two girls undergone the procedure around 2000. However, the percentage remains high in some countries as FGM has been performed on one in three girls aged 15-19 years.

 The UN-SG report also highlights that women remain underrepresented in managerial positions with less than a third of senior- and middle-management positions held by women (2009-2015).

 Over 52 percent of married women between 15-49 years of age have control to make decisions on using contraceptives and accessing various health services, according to statistics from 45 countries, 43 of which are in developing regions.

 More girls are enrolled in school compared to 15 years ago, and most regions have reached gender parity in primary education.

In light of the SDGs, the UN Women launched the “Planet 50-50 by 2030: Step It Up for Gender Equality" initiative to call on governments to make national commitments to address the challenges that are holding women and girls back from reaching their full potential, including violence against women and girls.

Many U.N. member states committed to ending discrimination against women by 2030 through concrete and measurable actions including: passing new laws or strengthening existing ones. Other actions might include creating programs to eradicate violence against women and girls, encouraging women's participation in decision-making, investing in national action plans or policies for gender equality, creating public education campaigns to promote gender equality, and many more.

In Egypt, the National Council for Women launched the National Strategy to Combat Violence against Women (2015-2020) that aims to end violence against women and girls in Egypt by 2020. The strategy has four pillars including prevention, protection, implementing interventions and programs to empower women and girls, and ensuring efficient implementation of laws and policies to punish perpetrators.

This article is part of Egypt Today's campaign “Break the Silence ... Say No to Violence” marking the 16-Day campaign of activism against gender-based violence GBV from November 25 to December 10. 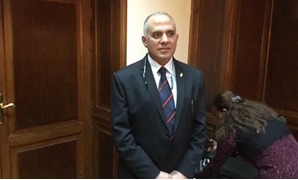