Objects that silently witnessed acts of GBV around the world 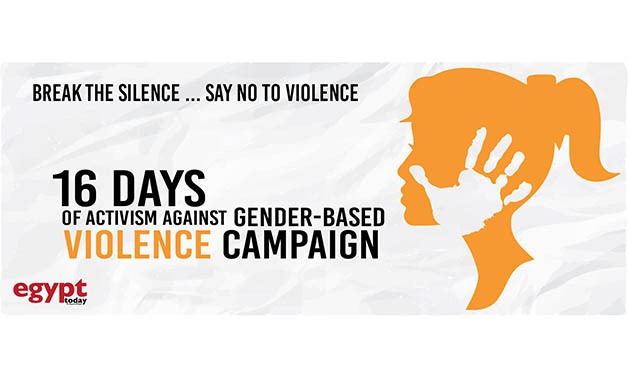 CAIRO – 26 November 2017: In the International 16-Day campaign of Activism against Gender-Based Violence (GBV) from November 25 - December 10, the United Nations Population Fund (UNFPA) presented a group of photos of objects collected from actual abuse cases around the world.

The objects range from mundane possessions, mute witnesses to abuse, to items used against women or girls like weapons. They also include places where women have sought refuge and places where men sought recovery.

Broken teeth of a violence survivor in Yemen – Photo of UNFPA

These broken teeth tell the story of Ameera form Yemen. She said, “That is what is left of my teeth after my husband beat me because I was late waking him from a midday nap.” Ameera was 13 years old when she was married to her abusive husband; he beat her many times. In this specific incident, he beat her with a broomstick, fracturing her nose and smashing her teeth. Ameera is keeping the teeth as evidence for her divorce proceedings.

Sonisay from Cambodia says, “I was slapped and dragged by my husband. This is my footprint in the garden where I escaped my husband’s violence.” The UNFPA highlights that one in three women globally experiences a form of abuse in their lifetime, most often by someone they know.

A razor used by a circumciser to perform female genital mutilation (FGM) in Somalia. The circumciser says that she knows the practice is dangerous, “My daughter got sick soon after being cut,” she acknowledged. But she does not think things will change. Practices like FGM and child marriage inflict harm; more than 200 million women and girls alive have undergone FGM, which can cause bleeding, infection and even death.

These first-aid supplies were used to treat Martha in Lusaka, Zambia, after her husband viciously beat her. The counselor she visited said, “Her face was badly swollen, she had several cuts on her back. If she had not run away, he would have probably killed her.” Two thirds of domestic violence homicide victims are women and girls; violence can lead to chronic pain, trauma, disability or death.

Six-year-old Omar from Morocco broke his toy piano, appearing in the photo, while trying to protect his mother from his father’s abuse. Omar’s mother says, “I want a better future for my kids; I do not want to see them broken.” Violence begets violence; it must stop to ensure the future generations’ welfare.

Zeinabu, a 22 year old woman from Nigeria was attacked by Boko Haram fighters while collecting firewood outside her displacement camp in north-east Nigeria. Zeinabu says, “We risk our lives in the forest every day to collect wood for cooking.” Many women have been raped, kidnapped or killed while gathering wood in areas of humanitarian crises, where women become targets.

Sexual violence is rampant among Rohingya refugees fleeing the crisis in Myanmar. The mountain of donated clothes, appearing in the photo, was accumulated outside a refugee camp in Bangladesh. Rohingya women rejected the items and described them as not modest enough to deter unwanted attention. In crisis settings, women are not only forced to seek food and shelter, they also struggle over where they can go and how they can dress to minimize threats.

A house that witnessed domestic violence in Cambodia - Photo of UNFPA

Ry from Cambodia says, “The problem will not be solved by women, activists, leaders or even laws. Men and boys must play a role.” Ry, used to be violent with his wife in the house appearing in the photo. One day, Ry joined the “Good Men” campaign to end gender-based violence.
Ever since, he decided to do better; Ry says, “If I could go back to the past, I would have not argued with my wife. Instead, I would have loved and respected her more.”

Balqees and her sister from Yemen were locked in the dark room, appearing in the picture, for 20 years by their brothers. The brothers felt the girls would shame the family if they were seen in public. Eventually, the brothers abandoned them entirely and neighbors had to break them out. In many situations and for many reasons, women and girls are deprived of their freedom.

Carmen form Bolivia was continuously ridiculed by her partner; he used to mock her clothes and appearance. She started to hide from him in the bathrooms at their university, including the one appearing in the photo. Violence takes many forms including psychological abuse. Carmen said, “Those little things add up, they affect your self-esteem and they change you.”

A flower drawn by a survivor of domestic violence in Belarus during an art therapy master class, where survivors are given the opportunity to express their fears and outgrow them under the theme “open to live.”


This article is part of Egypt Today's campaign “Break the Silence...Say No to Violence” marking the 16-Day campaign of activism against GBV from November 25 to December 10.