Have a Look at upcoming projects in Luxor 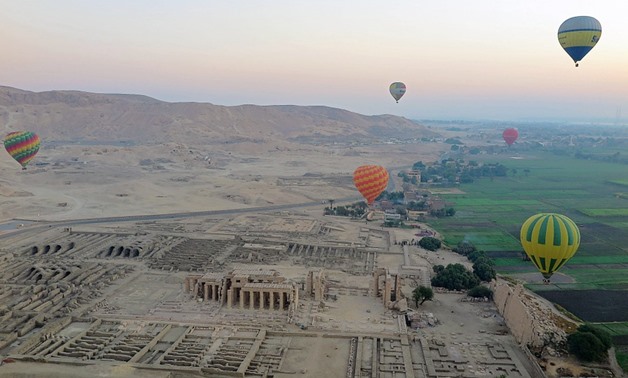 CAIRO – 9 November 2017: In a bid to activate tourism in Egypt, the government take many serious steps to make all touristic locations in Egypt ready for welcoming tourists.

Luxor government worked on reconstructing main routes, streets, developing hotels, and transportation centers. Luxor is one of most visited and important cities in Egypt that supposedly includes a third of the world monuments. It is known as the largest open-air museum in the world and conjoins many upcoming projects to be more attractive to the tourists all over the world.

Luxor governor Mohamed Badr has stated that they are working on making all services better and renovating temples and statues in Luxor. They are working to make the tourism incentive program more suitable. These types of programs are meant to generate more revenues to the country.


Here are the leading projects in Luxor:

1- An open-top bus to take tourists in a cheerful tour along the Nile Corniche and between all monumental sites in Luxor. It will be designed according to international style to facilitate many visits in the city.

2- The government intends to renew the marina of Luxor’s east and west bank and provide it with international shops, restaurants and cafes.

4-An opera to revive the artistic side in Luxor as it will open the door for famous artists, singers and musicians to visit the city.

5- Cable Car, which will be a great opportunity for tourists to have an overview of Luxor. This project is proposed and is in need of investors.

6- Malls and an international stadium that change Luxor into an integrated city.
The governor said that all these proposed projects come as a result of many international companies. There are around 140 businessmen joining in Luxor, organizing a formal work-based meeting. These meetings are ought to change tourism in Luxor.