By: Reuters
TOKYO- 1 November 2017: Japan’s Sony Corp said on Wednesday it has brought back AIBO more than a decade since it last made the robotic dog, as the electronics and entertainment firm seeks to rebuild its reputation for innovation after years of restructuring.

The announcement comes a day after Sony confirmed its renaissance by forecasting its highest-ever profit this financial year, sending its shares surging to a nine-year high.

AIBO is billed as a pet that behaves like a real dog using artificial intelligence (AI) to learn and interact with its owner and surroundings. The upgrade sees AIBO equipped with new sensing and movement technologies as well as far more advanced AI backed by cloud computing to develop the dog’s personality. 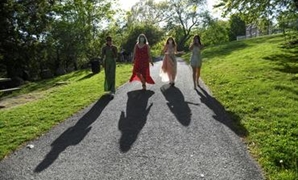 EIB: EIB's investment in Egypt reaches €8.7B in 95 projects