Number of German, English tourists to be doubled 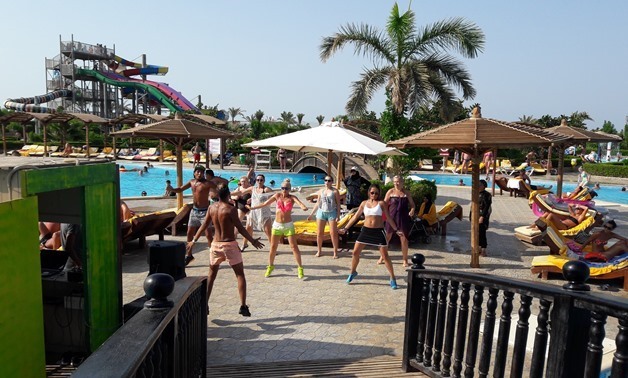 CAIRO – 15 October 2017: German company FTI will increase its flights to Egypt to amount to 144 instead of 70, according to the Chief Executive Officer of Meeting Point firm, Roula Jouny.

German and English tourism companies declared that the flight bookings to Egypt will double starting November.

The number of flights to Sharm El-Sheikh, Hurghada and Marsa Alam are witnessing a notable increase; reaching 10 flights, 102 flights and 26 flights per week respectively in the coming season.

The Egyptian stability, on both the political and security levels, led to an increasing flow of tourism from Germany, Switzerland, France, and Austria.

The international travel agency Thomas Cook announced that the number of English tourists booking to visit all cities of Egypt increased; except for Sharm El-Sheikh, due to the ban imposed by the British government after the crash of the Russian plane in October 2015.

Egyptian tourism faced a couple of setbacks over the past period; one of which was the Russian airplane incident in October 2015. Since then, Egypt has recovered gracefully and is back on the right track. Furthermore, Egypt is expecting the number of visitors to reach 8 million this year, compared to last year’s 4.5 million, Thomas Cook added.

Travel Quotidiano predicts that the income from tourism to Egypt will reach $6 billion by the end of 2017, compared to $3.4 billion last year, despite the current halting of Russian flights to Egypt since the 2015 incident.