When I visited Essaouira, Morocco on a mobility scooter 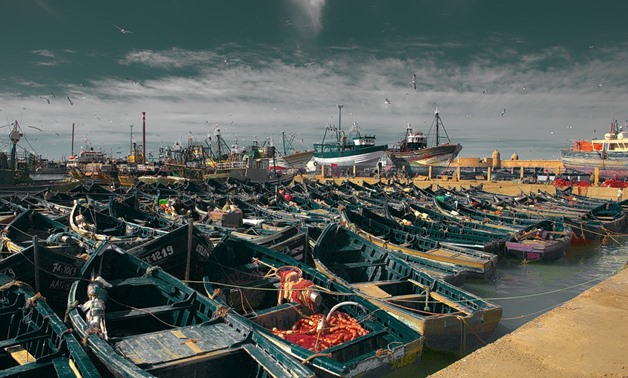 Boats In The Harbor in Essaouira. Courtesy: Pixabay

CAIRO – 25 September 2017: My name is Tracey Ebbs. I live in rural northern Buckinghamshire and work as a freelance copywriter. I have Multiple Sclerosis (MS), a neurological condition that mainly affects my mobility. I have, what I call, "wobbly leg syndrome." I can walk short distances very slowly with the aid of a stick or rollator (walking frame), but for anything more than a few meters I use a wheelchair or Luigi, my trustworthy mobility scooter.

Last year, I found myself unexpectedly flying alone to Essaouira, Morocco. The trip was originally planned with my friend Pip, but due to an emergency at home, she was unable to travel with me. I had a tough decision to make; whether to go alone or cancel the trip.


I have been very fortunate to travel extensively and I love my holidays. But I have not travelled solo since being diagnosed with MS in 2006. Anyone with a mobility issue will appreciate that air travel can be tough and, despite my wanderlust, I have always said I could never do it alone.

But if I had cancelled I would have lost all the money for the trip and I was not prepared to let that happen. Pip was also planning to join me once her emergency was resolved, and so I hoped I would only be there on my own for a couple of days.

I steeled myself and set off from Luton airport, which is undergoing major renovations and was pretty chaotic. I always take advantage of Disabled Assistance when flying as it makes a stressful experience slightly more bearable. However, when I checked in at the assistance desk, I was told it could be a long wait for an escort. I was using my Luigi mobility scooter rather than my wheelchair, which made things easier, and so I chose to go through it alone.

The airport was not easy to negotiate with, simply because of the number of passengers. I later found out that there was an ongoing French Air Traffic Control strike causing flight delays and cancellations and that, coupled with the refurbishment, meant that it was overflowing with disgruntled people.

My flight was delayed, and I was stuck on the Ambulift outside the aircraft for 45 minutes before being allowed to board. I was slightly perturbed to be the only passenger on board. After another 30 minutes, I was told it was likely that the flight might be cancelled.

I was horror struck! Having got this far, the prospect of having to do the whole thing in reverse and sit in the airport for hours or, even worse, come back the following day and start again, made me feel like giving up. Thankfully, the crisis was averted, and everyone else was boarded in double quick time.

It was an uneventful flight until we landed in Essaouira, which is a tiny airport that does not have an Ambulift. Despite my explanation that I could walk down the stairs very slowly, I found myself being strapped into a transport chair and carried down by two ground crew members. My scooter was waiting at the bottom of the steps and I was escorted through the airport. My suitcase was carried for me and I was relieved to find my taxi transfer waiting to take me to the hotel.


It was a short transfer and I was happy to arrive safely at the Sofitel Essaouira Mogador Golf & Spa. I was disappointed to find that, despite having contacted the hotel prior to arrival to request a room with a walk-in shower, I had been allocated a room with a bathtub, which would have been impossible for me to negotiate. This was thankfully rectified after a couple of hours, but it was a frustration after an arduous journey.

The Sofitel is a modern 5-star hotel set in sprawling gardens on the Atlantic coast. It is just five kilometers outside the ancient town of Essaouira. My new room was lovely and had enough space for me to ride my scooter around. It had a spacious bathroom, equipped with both a bathtub and separate walk-in shower.

The piece de resistance was the stunning view from the huge balcony overlooking the golf course, sand dunes and the windswept beach beyond. I do not need any specific adaptations (although I always take my portable bathroom grab handle with me wherever I go), but the hotel does have some dedicated disabled rooms.

The restaurant and pool area were all very easy to get around and the staff were all eager to help me. Buffets are usually my bête noire. Carrying a plate with a stick in one hand and jostling through the masses eager to stuff their faces can be a pain, but this hotel was different; I was able to do a tour around the buffet on my scooter at each meal, make my selection and a waitress would carry my plate for me. They really could not have been more helpful, and they had an exceptionally talented pastry chef who made the most delicious croissants and desserts which proved fatal to my waistline!


I settled in easily and spent the first couple of days relaxing by the pool. The pool itself is not accessible as it has steps with no hand rails, but the surrounding deck is lovely, because it was on the Atlantic, so there is a very strong breeze (actually it is a gusty wind), which was deceptively strong. Despite plastering myself in factor 30, I managed to get very sun burnt on the first day and spent the rest of the week paying for it.

Pip joined me on day three and we ventured out in to Essaouira on the hotel’s courtesy bus.

They dropped us just outside the ancient city walls and we took a stroll (or, in my case, a ride) around the old souk and down to the harbor. It is very accessible as it is all flat, and the old part of town is for pedestrians only, although you do have to dodge the odd moped, which are apparently exempt from the rules. It is all cobbled though, so I got some interesting vibrations on my buggy!

The centre of the town is distinctly Arabic in flavor and I enjoyed observing the locals answering the muezzin’s (a servant of the mosque) call to prayer. There are also echoes to the French colonial past, with patisseries and tabacs on every corner. It is a small seaside city, and that is what makes it a lot less daunting to get around than Marrakech.

Overall, I enjoyed my holiday and was pleased to have completed the first part on my own. It was a challenge, and I was proud of myself for tackling it successfully, but I was also extremely pleased to see Pip when she was able to join me. Holidays are always better shared and so it was great to have my buddy with me.
This article was originally published by Disability Horizons