INAUGURATED AT RIMINI EXPO CENTRE, THE BIGGEST SHOWCASE OF THE FUTURE, WHICH WILL BE “GREEN” 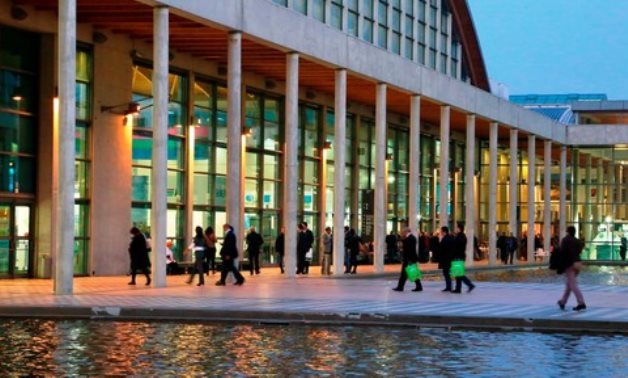 Rimini, 8th November 2022 – Ecomondo opens its 25th edition with record numbers. And a heavyweight endorsement. That of the newly appointed Minister for the Environment and Energy Security, Gilberto Pichetto Fratin, who, in a message sent to the organisation, defined the event as “the most important opportunity for debating, proposing and showcasing everything that revolves around the future in Italy because, with a model of sustainable and circular development, our future can only be green.”

The “beacon” appointment for ecological transition, which opened its doors today at Rimini Expo Centre together with Key Energy, the show for renewable energies, sees 1,400 exhibiting brands gathered together in Italian Exhibition Group’s halls, occupying all 130,000 square metres of the exhibition centre until 11th November. A total of 160 events (94 at Ecomondo and 66 at Key Energy) are scheduled, including 32 with the presence of European Commission representatives. More than 30 delegations and over 600 top buyers from 90 countries are expected to attend.

At the opening ceremony, Lorenzo Cagnoni, President of IEG, recalled: “The inauguration of this edition of Ecomondo represents a significant horizon for Italian Exhibition Group. From “Ricicla” 25 years ago, a pioneering event that captured the spirit of the times, to an event that has become a reference platform for the circular economy and a guide to ecological transition for the entire Mediterranean basin and Europe. Our horizon is increasingly international, so much so that we will also be hosting a specific focus on Mexico and the second edition of the Africa Green Growth Forum.”

Irene Priolo, Emilia-Romagna Region’s Vice President and Councillor for the Environment, underlined: “At this edition, Ecomondo is once again demonstrating its ability to be the bearer of change at a very early stage by becoming the mouthpiece, not only of the collective need to take a more decisive position with respect to ecological transition, but also of the need to move away from the logic of the emergency and enter into that of planning. Climate change is there for all to see, but we are still a long way off achieving the goals we have set ourselves. Politics must therefore change pace and approach, even at the cost of difficult choices.”

Anna Montini, Rimini Municipality’s Councillor for the Environment, explained: “In these twenty-five years, Ecomondo and the city of Rimini have known how to develop a synergy of joint growth. On the one hand, the increasingly evident success of an event that is a source of great pride for us, and on the other, the ability of the provincial capital to climb the rankings of environmental performance on a national scale, as highlighted by the recent Legambiente report. It is a city that has managed to become a frontrunner, quickly climbing from 50th to 11th place in just a few years, despite the presence of indicators that are affected by the large number of tourists throughout the year.”

Fabio Fava, Chairman of Ecomondo’s Scientific Committee, outlined the central themes of this edition: “Despite the difficulties of the moment, this edition of Ecomondo will be permeated by a feeling of enthusiasm, fostered by the ability of industrial realities to translate knowledge and awareness into innovation and products and by the willingness to listen to the major players in attendance here, such as the European Commission. The contribution of Ecomondo and Key Energy, for which I relay the greetings of Gianni Silvestrini, chairman of its scientific committee, is to create the conditions for the green economy ecosystem to be able to grow in order to achieve the indispensable objectives of the Green Deal,”